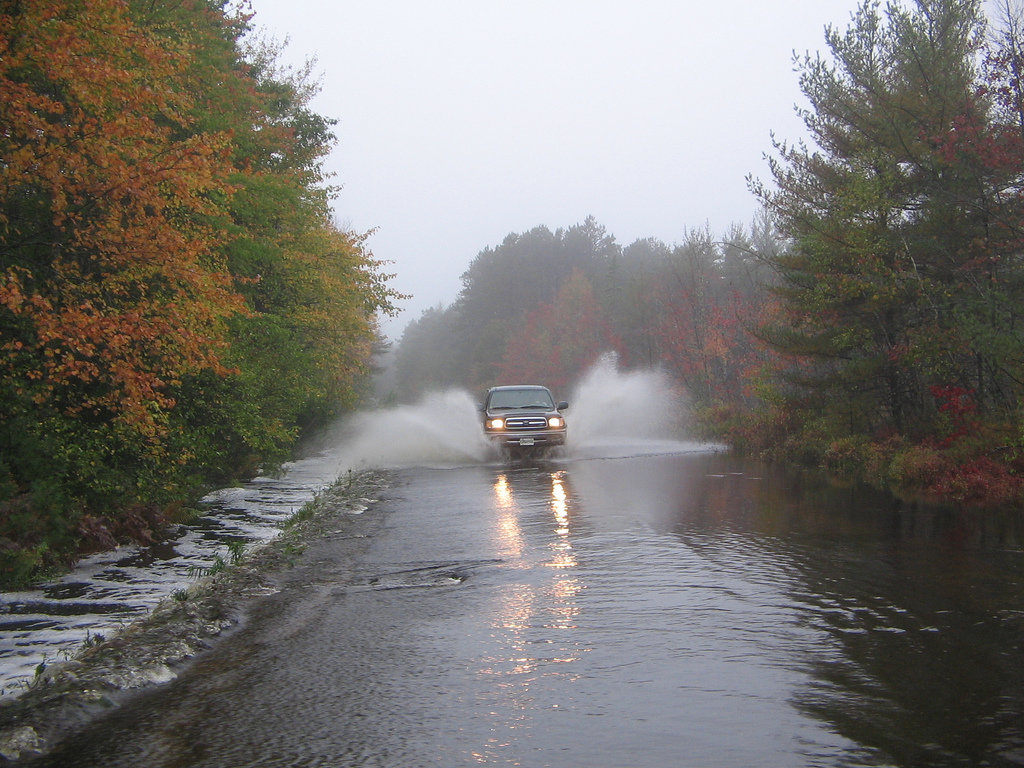 what a great image

Two journalism professors at the University have grown tired of seeing people walk through knee-deep waters in flood-prone Miami, and they are doing something about it.

“We discovered that it was a very complicated topic and we thought it needed communicators in the middle to make it more accessible to people,” said MacMillin.

MacMillin and Pinto came up with the idea in 2011 when MacMillin took a bus tour co-lead by Pinto for the Society of Environmental Journalists during their annual conference in Miami that year. The bus toured Miami-Dade County while Pinto explained the issue of sea level rise and how it affected the area. At the end of the bus tour, MacMillin approached Pinto with the idea of the documentary, which Pinto gladly accepted.

The professors submitted their idea to the Summer Creative Work contest, a competitive contest organized by the university to fund projects by faculty, and won the $1,200 award.

So began this “labor of love,” as Pinto called it, which embarked the two professors on a journey in which they collaborated with colleagues like Dan Gralick, an award-winning composer who composed the music for the documentary, alumni, students and even the husband of a current graduate student

“We had extraordinary collaboration on the making of this project,” said MacMillin, who highlighted Jonathan Shaffer’s commitment as associate producer and editor while working a full-time job and editing on the weekends.

Jonathan had graduated in May and continued to work on the project until it’s submission in December. 1

“That’s the kind of dedication that says so much about our students,” said MacMillin.

The duo complements each other: Pinto has a background in environmental communication and is deeply interested in environmental issues and MacMillin brings forth a successful career and decades of experience in video production.

“This was, for us, the perfect combination of blending both of our areas of expertise and it has been such a happy experience,” said Pinto.

The documentary will air January 15, 2014, at 8 p.m., on WPBT2 and it will be followed by a half hour panel discussion where Pinto and four experts, including three interviewed in the documentary, will address sea level rise in South Florida.

Both the documentary and the panel will be available to stream online at www.wpbt.org.

As for what’s next for the professors, they envision “South Florida’s Rising Seas” as the first of a series of short documentaries about environmental and science communication, and it will be accompanied by an annual report and a website informing the public about updates in the issue.

The professors hope that this documentary can bring attention to the issue of rising sea level in South Florida.

MacMillin believes the documentary will set an example of a communicator’s duty to its public.

“We need to own this, and there’s nothing better than an informed public,” said MacMillin.

Panthers can do better at preventing sexual assault