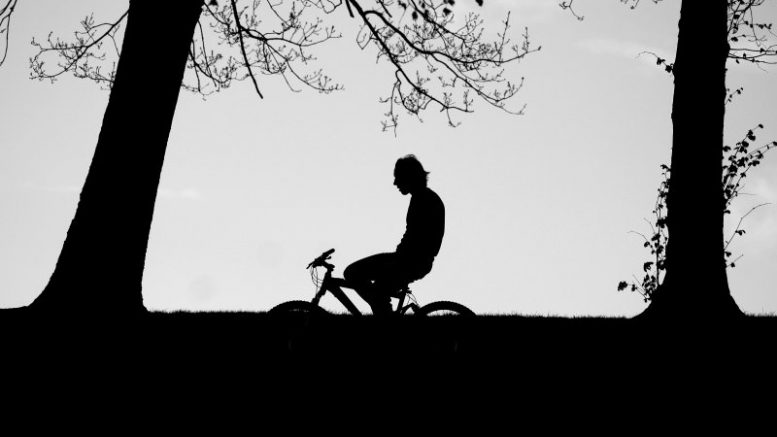 If you missed the University’s phone call and text, the message read, “On two separate occasions an unknown male on a bicycle has grabbed two female buttocks at the [Modesto A. Maidique Campus] Contact [Florida International University Police Department] if you have any information.”

A barrage of Facebook posts and tweets proceeded the news, poking fun at the situation or expressing overall disgust at the groper’s actions.

On the surface, it is easy to laugh at the situation: One cloaked assailant, storming about the MMC campus, carefully and meticulously ­– so meticulous that after his first attack in late June, he had to wait three months until striking again­ – stalking his next victim.

A Twitter account under the username @FIU_BootyBandit was even created, with a bio that read, “Whose Next?”

There have been mixed feelings on the situation as a whole.

These two incidents, still open cases, may be funny in nature, but they tell a darker story. It’s the age old tale of men, women and the power-struggle that’s really not  struggle but a one-sided, male-dominated society that sets the standard for how women should look and feel about their bodies. Then it shames them for it.

It’s the age old tale of men, women and the power-struggle that’s really a one-sided, male-dominated society that sets the standard for how women should look and feel about their bodies. Then it shames them for it.

I’m not a woman, and at best, this is nothing more than an outsider looking into a world that still subjugates women. It’s an unusual and callous world, and for most women growing up, I’d imagine, quite confusing. You’re born into a world where there are two types of people: males and females.

You’d soon come to realize that males tend to dominate, but you can still understand and respect the balance of male and female qualities. Next, the whole thing takes a crazy turn, because later on you’ll learn that men are judged on masculinity – brute force, sleeping with women, etc. – and women are judged almost entirely on their physical appearance.

And so, the objectification begins. Young girls are told things like, “Be a boss, be independent and don’t let a man or your body define you,” but are subsequently fed a contradicting, subliminal message that says, “Your body and the way you look is everything.”

Sex – more so, womens’ bodies – is used to sell everything from cars to hamburgers. This creates a culture that shames women for not being perfect. Consequentially, men are taught that this is how you should view women: as sex objects.

And here’s where entitlement starts to come in.

The more men see women as an object of sexual desire, the less human they become. History has shown us countless times that dehumanization is the easiest way to oppress and then wash your hands of guilt.

“I’m not beating a human; I’m beating my property, my slave who works for me” was once the mindset of this country, and a way for slave owners to feel entitled to African slave labor.

I get asked all the time by women to walk them to their car’s, or to accompany them to a party. It sounds like a simple gesture, chivalry on my part, but take a second and look at what these women are actually asking.

“Hey, can you walk me to my car?” is more or less, “Hey. I’m a young girl and it’s dark outside. There are guys out there that are waiting for a situation like this, where they can approach and possibly even assault me. I don’t want this to happen. I would like the right to decide who I get to have sex with or share my body with. However, this is not always the case and some men don’t value my opinion. That being said, can you walk me to my car so you can help me defend myself and scare off any possible sexual assailants lurking about?”

Once again, more or less.

The FIU MMC groper is a very small incident, but it represents something that happens every day, where women are told to be and look beautiful, but are then beleaguered and harassed with cat-calls and overbearing, entitled hands from men who think that because women look beautiful, or dress provocatively, they have the right to touch.

Women should not have to live like this, and to the men who think it’s okay, I’ll leave you with this lesson I learned in kindergarten from my teacher, Ms. Bogart. The lesson goes: Don’t do that. Why? Because you wouldn’t like it if someone did it you. Treat people with respect.