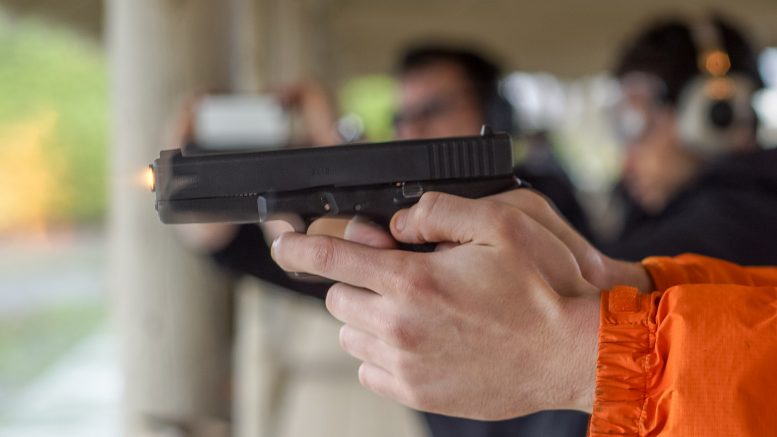 Back in May this year, Andrea Colledani wrote an article for The Beacon suggesting that the Second Amendment needed to be revised to fit modern needs. Unfortunately, she did not have any suggestion for what course of action might be taken.

Colledani was right of course, the Second Amendment is outdated. Militias are redundant in the modern developed world, but the right to bear arms goes beyond that. The guns used at Lexington and Concord were hunting rifles, and regardless of your participation in the sport, there is no denying that its practice is beneficial. When deer populations skyrocket, the creatures destroy crops worse than rats, and coyotes are more violent pests. I realize that these are less of an issue in Miami than in my native Iowa, but the U.S. is made of much more than South Florida.

If I had my way, the solution to gun rights would be in your wallet. I don’t believe anyone needs to own a gun. Some careers may benefit from their use, but that’s on a professional level, not a personal one. If you need a gun at work, you should pick up your sidearm when you punch in and drop it off when you punch out. But what about the every man, those hunters I spent my last paragraph defending? They wouldn’t own their guns or their relatives. I say all ranged weapons – shotguns, rifles, pistols and bows – need to be collected by the government, catalogued and put in a library. You want to shoot Bambi? Fine, but I’ll need to see your gun-library-card.

They would, of course, be exceptions to the rule. Your grandfather’s WWI rifle is an heirloom, not a weapon, and would be categorized as such. Antiques would be examined by an expert who would make sure they are safe enough to be kept in a home and then be returned to their cabinets.

In concept, that’s it. You can go rent a gun whenever you want, but your name, the date, your address and your intent are recorded. And if you don’t have it back in two weeks, no amount of firepower will protect you from five-cents-a-day late fees.

It couldn’t be that simple of course. To get such a license would require in-depth background checks and mental evaluations. You would likely have to make an appointment, and you yourself would never be allowed into the actual gun vault. You would tell the person at the register what you intend to do and they would go in back and bring you their recommendation, chosen from the limited stock they have. Things like Uzis, AKs, P90s or anything that has “armor-piercing” in its name would be ridiculous, and unless your game weighs over 500 pounds, most high-power rifles are, too. You’d be handed the weapon and a box a munitions and pointed toward gun range. When you’re happy with your choice, then comes the paper work.

Does this make the people safer? Yes, it pulls the weapons out of the home. Does it let you fulfill your primal instincts? Yes, have fun Billy-Joe. Is it the perfect end-all? No, I’m not saying it’s the best solution, but it’s better than our current means of gun oversight – and that’s what the nation needs right now.

Read the other side: No guns is not the answer

Student Thoughts: Some common cents, the penny needs to go

Gun violence is not for teachers to tackle

LETTER TO THE EDITOR: Editorial wrong on court ruling