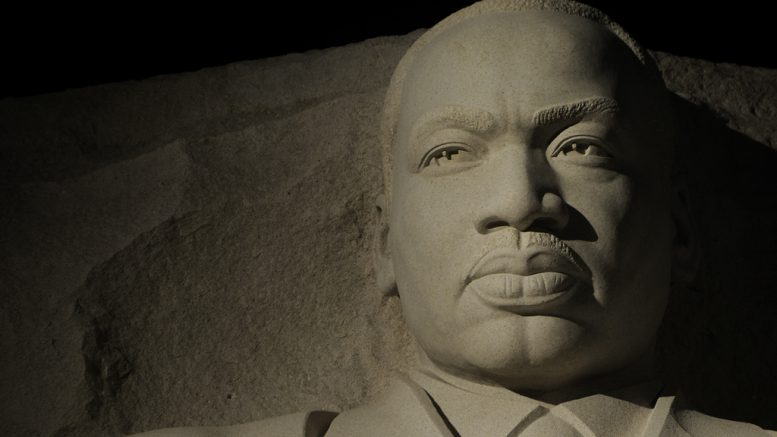 Martin Luther King Jr. didn’t speak just of the social problems of his own time, but of those we faced almost sixty years following the Civil Rights Act of 1964.

Certainly the explicit brutality of Jim Crow laws must have made the good doctor’s denunciation of future income inequality less captivating and more ethereal to the beaten, imprisoned activists.

Yet, in his writings, there’s a profound concern for the residual of which we are recipients.

King was a man of action, but had a great literary personality. He is one of those rare figures that is quoted by people in every corner of the political spectrum — evidence of his intellectual completeness.

With his birthday around the corner, we owe it to ourselves to study his thought beyond the repeated phrases and broad strokes.

The Letter from Birmingham jail constitutes King’s political testament. In it, he takes advantage of the criticism directed at him by the Alabama clergymen to express his historic vision more thoroughly and profoundly.

One of his most telling points was his condemnation of a “negative peace,” a concept that sheds light on today’s passionate debates, such as abortion, healthcare or the recent national anthem controversy. It’s a very useful mechanism in rooting out injustices beyond the obvious.

In fact, according to King, it is passivity that perpetuates injustice even more than outright violence or tyrannical structures. It wasn’t the laws themselves that maintained segregation, but the people’s complacency to those laws.

In today’s America, there is a great debate concerning implicit racism, which can only manifest itself through small, tolerated gestures, which eventually built up to form a culture unbecoming of a free people.

So while it may be true that race relations in this country are better than ever before, we should not be blinded by our relative peace to the point in which it renders us unproductive in the ever smaller, more trivial battles for equality — the battles of a closing gap.

In short, we should not fear tension, so long as it furthers us.

Dubious as it is to guess on these matters, I think King would have understood people like Colin Kaepernick, whose main detractors point to a desire to enjoy their sports and escape from the whirlwind of politics.

In other words, it’s better for one football event to be soured than for social discord to fall upon deaf ears — this contrast was actually what spurred the Alabama clergymen’s criticism, who in their letter, appealed to an inadequate view of law and order.

By the same token, I think someone as profoundly critical as Martin Luther King Jr. would have stood wholeheartedly against so called “safe spaces” on college campuses. Had such an attitude reigned in the American universities of the 1960s, the civil rights movement would have perhaps never occurred.

This to me is the most negative peace of them all, because it exists in a place in which tension ought to be present even more strongly than in the society at large.

This means that anti-abortion and anti-LGBT marriage activists should have a space in our campuses. Of course, the boundaries of good taste are another matter entirely and one in which MLK is once again our guide; never once using an unkind word or displaying a rude gesture, even to the most rude and unkind.

The instances in which King showed ethical steadfastness, though impractical and often dangerous, are abundant.

An American patriot, he denounced his country’s wrongdoing in a time in which to do so was to be blacklisted as a communist.

A champion for African-Americans, he showed us that there are no races and made it clear that each individual has the responsibility to chart their life’s blueprint and no one to blame but themselves for their own failures.

It is all too easy to entrap Martin Luther King in a black and white textbook or a bronze statue; a secular God who cast out the devils of his time.

But he is much more than that.

In him lie the answers to our own questions, and the clues for which questions we may be asking ourselves tomorrow. All this achieved in a brief 38 years.

The opinions presented within this page do not represent the views of Panther Press Editorial Board. These views are separate from editorials and reflect individual perspectives of contributing writers and/or members of the University community.

“How to Train Your Dragon” won’t disappoint fans

‘IT’ lives up to the hype of modern horror film