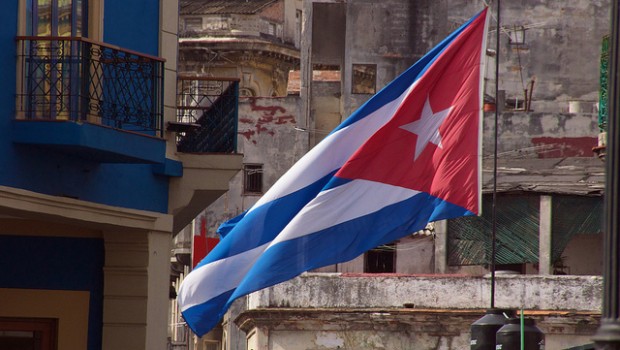 In November 2017, President Trump announced a new policy that restricted American citizens to travel to Cuba. The Trump Administration released a list of hotels, restaurants and shops, which had ties to the Cuban military, that U.S. citizens are no longer permitted to visit.

In a White House press briefing, a senior official said that the policies “are intended to steer economic activities away from the Cuban military, intelligence and security services.”

Under the Obama administration, U.S.tourism in Cuba had increased significantly, but since Trump has placed new restrictions on travel the industry has been hurting, according to John Thomas, the Associate Professor and department chair of the Chaplin School of Hospitality and Tourism Management.

“Its put a damper on it; it’s not only the difficulty to find a place that is legally allowed to be visited by U.S. citizens, but it’s just generally cast a cloud over visiting Cuba,” said Thomas.

Under the Obama administration, Cuban small business owners were profiting from the high number of tourists descending on the island.

“There was a great increase in the Cuban middle-class entrepreneurship due to the opening of American travel and that has spurred new businesses in Cuba,” said Thomas.

The cruise ship industry had been anticipating large profits due to the policy requiring U.S. citizens to travel in organized groups, as well as having to stay in non-military hotels, which cruise ships provided, according to Thomas. However, once the policies were in place, cruise ship companies realized that the decrease in travel to the island also impacted them.

“The cruise ships had anticipated greater business than they are actually having because Americans have declined to go to Cuba even though it is legally acceptable on cruise ships,” said Thomas.

The restrictions in place are turning would-be American travelers away from Cuba because of the extra effort needed to travel to the country. The American traveler has to document what they are doing and where they have been to show that they have not violated the policies, said Thomas.

The effects of these new policies are widespread and are not only felt in Cuba but also in Miami. With Miami being the main port of departure for Cuba, the decline in tourism has also had economic effects here.

“Miami is really the primary jumping off spot to go to Cuba, the airlines, the cruise ships. This is where it is easiest to travel to Cuba. We had a burgeoning business sending people from Miami to Cuba and that has been interrupted,” said Thomas.

Thomas is unsure of whether these policies are here to stay.

“I’m giving up on predictions; it’s a watch and see what happens because we have seen unanticipated things happen,” said Thomas.

FIU should offer by-the-hour daycare to students with children

People should respect each other’s gender