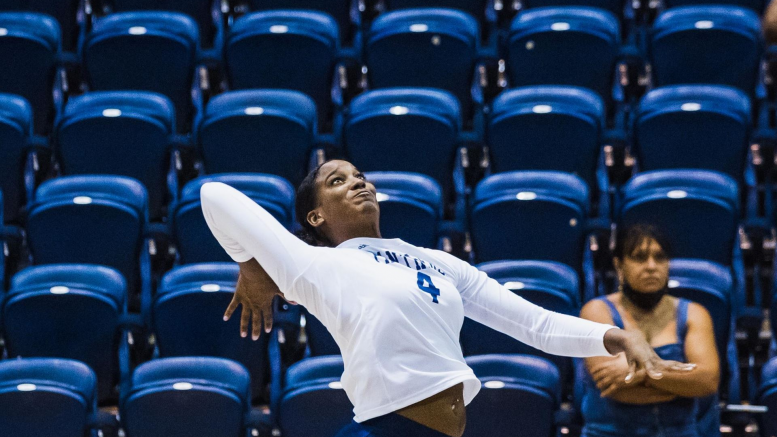 The FIU Women’s Volleyball team traveled to Georgia this past Friday to play in the Eagle Invitational against the Murray State Racers and Georgia Southern Eagles.

In their first game against Murray State, the Panthers played a back-and-forth set which they ultimately lost and dropped the next two, resulting in a loss. The final was 3-0 with the scores being 25-21, 25-21, and 25- 22.

In their second and final game, the Panthers faced Georgia Southern. FIU lost their first set 25-19 then had a close second set at 26-24. The third set ended 25-15 which resulted in another 3-0 loss for the Panthers.

As a team, the Panthers had 40 kills and 37 assists. Murillo notched a double-double with 10 kills and 11 digs while Santos led the team with 20 digs and Setter Autumn Raulerson recorded a season-high 33 assists.

The FIU Panthers now have a 2-5 record as they head to Jacksonville in their final regular-season tournament on September 17 to face Seton Hall and the North Florida Ospreys.