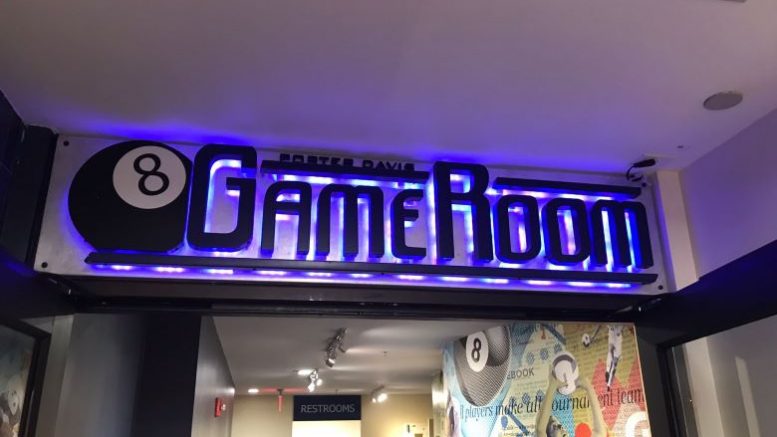 Student government organizations have the difficult task of both serve students’ and universities’ needs.  Funding diverse projects, investing money for renovations and budget management of university programs are part of their duties. If done correctly, they’ll successfully balance all this money to accommodate the students’ and universities’ needs, which unfortunately is not the case with the current SGA.

Approximately $660,000 will go to renovations on the game room located at Graham Center after an executive order was signed by the Student Government Association on Sept. 15.  Although the renovation project comes across as a good idea at first, the overall quantity of funds being invested into this seems exaggerated considering there are other projects that need to be prioritized around campus.

The motives that surround the SGA’s decision on renovating a space for students to decompress and relax from their routine are understandable.  However, the amount of money put into the project it’s a cause for alarm all in itself. For example, one project that should be improved is a new building for art majors considering the current building resembles a fancy shed.

A new place should’ve been in the works, instead, the current and neglected art building has been waiting for renovations for some time now.

At the same time, other departments could benefit from an influx of money which in the end will benefit the students, particularly the CAPS department which is infamously notorious for their lack of both timely available professionals and tight time slots for appointments.

Personally, I would only get to see my CAPS counselor twice or three times a month due to the high demand for counselors and the little space in their schedules. In this case, better funding would bring on more efficient staff that are better trained to help students in need.

Part of being in a governmental student organization involves making rational decisions that should prioritize students, which is expected of any other governmental entity outside of campus.

Since the SGA represents FIU students, the decision of renovating a frankly decent game room paired with the extraordinary amount of money put into it sounds like childish decision-making.

Even though the SGA should give emphasis to the improvement of other issues, renovating the game room is not a bad idea but the amount of money used to complete the task is what’s quite bothersome.

As a matter of fact, I agree with the opinion of the student body president Alex Rubido, students do need to decompress from long days cramming books and dealing with the stresses of college life, but more than half a million dollars being invested in a game room it’s too much of a stretch considering there are other projects around campus SGA should draw their attention to.  There are more important things to put our money into.

The opinions presented within this page do not represent the views of PantherNOW Editorial Board. These views are separate from editorials and reflect individual perspectives of contributing writers and/or members of the University community

“Roar to the Polls” with SGA