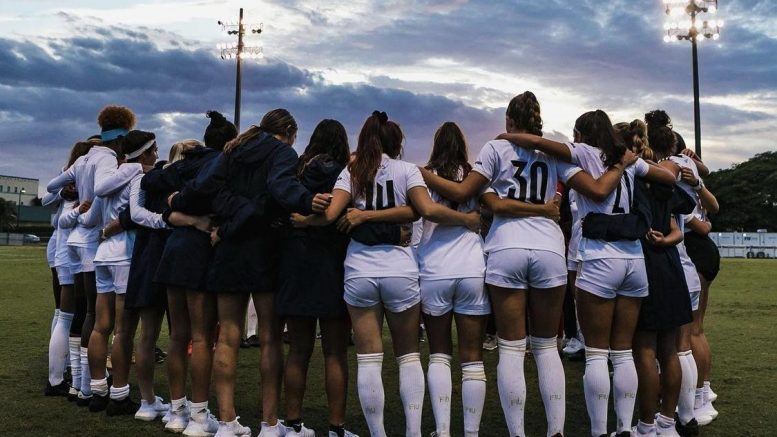 During minute four, midfielder Dominique Marcelli received an early foul. The game progressed, and on minute seven, North Texas’ midfielder Taylor Tufts scored their first goal of the game. On minute 17, forward Jenna Sheely scored another goal with the assist of Tufts, creating an early 2-0 lead.

FIU decided to make their first change of players on minute 20, bringing in defender Nikole Solis in place of defender Estefania Cardona.

Taylor Tufts scored another goal on minute 21, making the game 3-0. Forward Sydney Amparo made a shot on goal, but it was saved by the Mean Green’s goalkeeper, Sarah Fuller.

North Texas’ forward Olivia Klein took the last shot on goal of the game at minute 80, with the game ending in minute 90. The Panthers failed to score anything, while the North Texas Mean Green celebrated a significant victory in a home game.

FIU had three shots on goal during the match, and the Mean Greens had seven, with five resulting in goals.

The last time FIU Women’s Soccer won a game was on August 19, the opener of the season. Ever since, the Panthers have either lost or ended in a draw, and are currently on a two-game losing streak.

FIU will head back home and host the Western Kentucky Hilltoppers on Friday, October 15 at 6pm. The last time the Panthers played WKU was in October 2017.