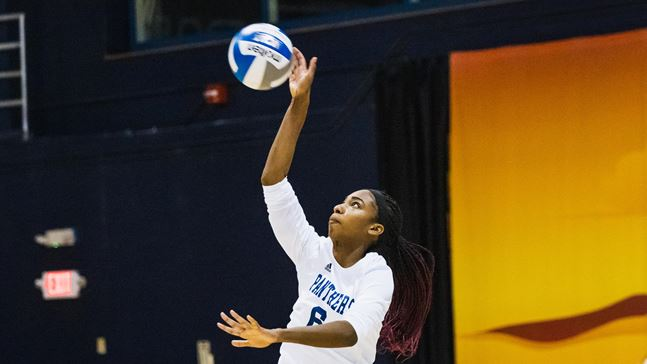 The FIU Women’s Volleyball team traveled to Norfolk, Virginia to play the Old Dominion Monarchs in a two-game series this past Friday and Saturday, coming out on top in both matches.

The Panthers led the game in blocks with 18; Outside Hitter/Middle Blocker Jade Sadeiko was responsible for more than half of the team’s blocks, logging her season-high, 10 blocks. Outside hitter Giada Bianchi led the team with 18 kills and a season-high 17 digs while Setter Ella Erteltova posted 27 of the team’s 51 assists.

Their final game of the double-header on Saturday was a display of dominance on behalf of the Panthers. FIU shut out the Monarchs in a 3-0 victory with the final scores, 27-25, 25-8, and 25-23.

The Panthers tallied more points, kills, blocks, assists, and digs than the Monarchs. Bianchi notched her ninth double-double of the season with 18 kills and 13 digs.

For her efforts, Bianchi was named the Conference USA Freshman of the Week, her first honor of the season.

FIU now has an overall record of 6-11 and improves their Conference USA record to 3-5. They will return home for a two-game series against the Charlotte 49ers on the 29th and 30th of October.