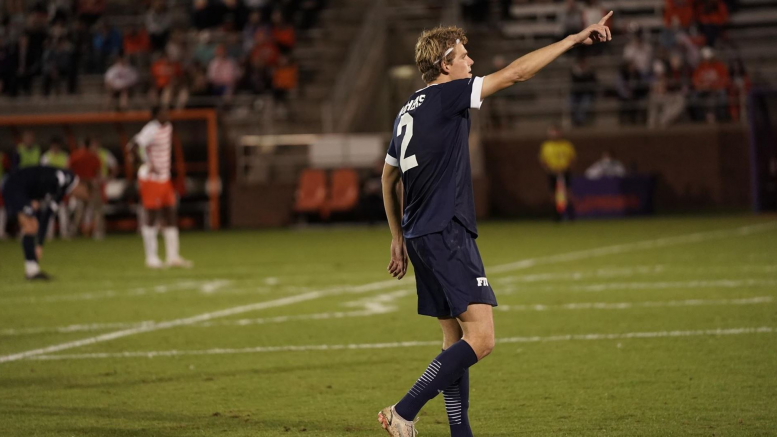 The 12th ranked FIU men’s soccer team were defeated 4-0 by the 13th ranked Clemson Tigers in the Panthers worst loss since a 5-1 defeat to the Kentucky Wildcats in the 2012 season.

This is only the second time this season the Panthers have been defeated, and the overall record for FIU now reads at 10-2-2. The loss coming in a non conference game, FIU still sits atop Conference USA with a record of 5-0-1.

The first half was a tense affair for both teams with five shots taken in the first 25 minutes of play. The Tigers and Panthers traded blows for majority of the half as FIU finished with a flurry of shots at the end, firing off three shots in the last 15 minutes. As the half ended the game was deadlocked at 0.

The second half would be a stark contrast to the first for FIU. Just 23 seconds into the half Clemson were awarded a penalty that they scored. Just seven minutes later, the Tigers struck again. Less than five minutes after that, the Panthers found themselves again picking the ball out of their own net after a 55th minute goal raised the score to 3-0.

After ten minutes of clinical Clemson attacks, the Panthers attempted to find a way back into the game. Midfielder Matias Barraza came closest for FIU but his 62nd minute shot sailed over the crossbar. Four minutes later the Tigers killed any comeback hopes for FIU scoring their fourth and final goal of the game, as the final whistle blew and the score read 4-0.

For the first time this year, the Panthers defense allowed an opponent to score more than two goals in a match. For only the second time in the last eight games the offense was unable to score. 26 fouls were committed with FIU responsible for 14 of them and collecting all four yellow cards given out.

The Panthers next match is a C-USA clash in Boca Raton with the rival Florida Atlantic Owls on Saturday, October 30, at noon. FIU is currently on a seven game winning streak against the Owls.