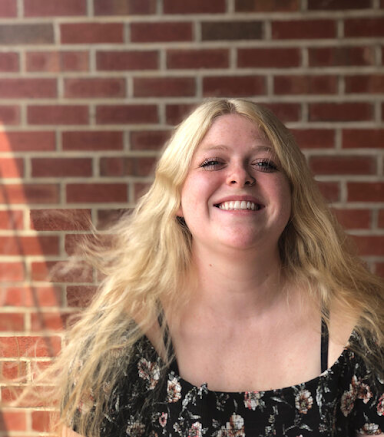 FIU MFA English Alumni discuss their inspirations and their journeys as writers. Bri Griffith is a poet who focuses on writing about pop culture, while Phil LaPadula is a former journalist who also writes fiction.

Griffith considers herself to mainly be a poet, but engages in cross-genre writing. Originally from Pittsburgh, Pennsylvania, she attended Carlow University and earned a BA in Creative Writing.

Griffith graduated from FIU with an MFA in Poetry and was also a teaching assistant.

She gained experience in writing when she joined her school’s reading series, Red Dog, which invites writers from nearby communities to read their work and participate in open mics.

“Through the growth of being a writer, I wanted to explore every avenue,” said Griffith.

She connected with local writers and got involved with her community. Being in Red Dog allowed her to gain experience and confidence as a writer and speaker.

She later became the master of ceremonies of Red Dog and was asked to attend other reading series as she met other young people through her group. She felt comfortable being able to express herself around other writers and share ideas.

Griffith expressed most of her inspirations come from pop culture, absurdism and sketch comedy.

However, she claims that it was not always like this. During her early work, most of her poetry was written in a serious tone.

She started exploring different genres of poetry, trying to find her style. She began exploring her artistic voice by writing her poems as infomercials. Griffith loved to focus on comedy the most when writing.

“Leaping from one moment or detail to the next until it just explodes,” she explained as she grasped many of her ideas from her own experiences or places she’s been to, but found a way to make it as extreme as possible.

John Mulaney, Tim Robinson and Nathan Fielder have been a few of her biggest inspirations recently.

She offered advice for students wanting to pursue the arts.

“I could work anywhere as long as I’m writing,” said Griffith.

One of Griffith’s main tips is no matter what you’re doing, always make time to write.

Griffith also explained that constantly writing and practicing is the best way to improve. If you are stuck, she suggests reading or looking at something visually that inspires you. Critical reading is a way to help improve your art.

She said that being around other writers and reading her work helped her gain confidence.

Griffith said that no matter the case, don’t stop writing.

Nowadays, you can find Griffith in Pittsburg working at a bookstore and teaching at a community college. Her future endeavors consist of getting her work published and continuing writing poetry.

Phillip LaPadula graduated from FIU with an MFA in Creative Writing. He read an excerpt about a former football player and history teacher struggling with dementia when he attended an FIU alumni writing event.

He mentioned other stories of his that he wished to have also shared. One of them includes a story called “Death Cheaters,” which is about a journalist who gets fired due to the company wanting someone younger.

“I explored different things and met a lot of people,” he said.

He expresses how discrimination of age is not discussed enough and writes about this in his stories.

“Nobody questions the fact that they’re old,” he said when talking about people struggling in the workforce.

Other inspirations include his own life as a journalist.

Many of his stories are from his time working with different types of companies and people. He fictionalizes his own experiences.

His stories are set in places he has lived in, including Washington D.C, South Florida and the Caribbean. These places have given him many different experiences and allowed him to meet many writers.

Although his settings may be based on his life, the plots aren’t.

His stories follow historical events and issues. He incorporates elements of interracial and cross-cultural relations as seen in his historical short called “Blood Brothers” based on the civil war.

LaPadula has explored many different styles and genres of writing throughout his career.

Although he is no longer a journalist, he now spends his time focusing on fiction writing and teaching. He expressed his struggles with burnout in journalism and why he’s glad he’s moved on to something else.

“Make sure to grab from your personal experiences but also different points of view,” said LaPadula. “Find an objective with your piece.”