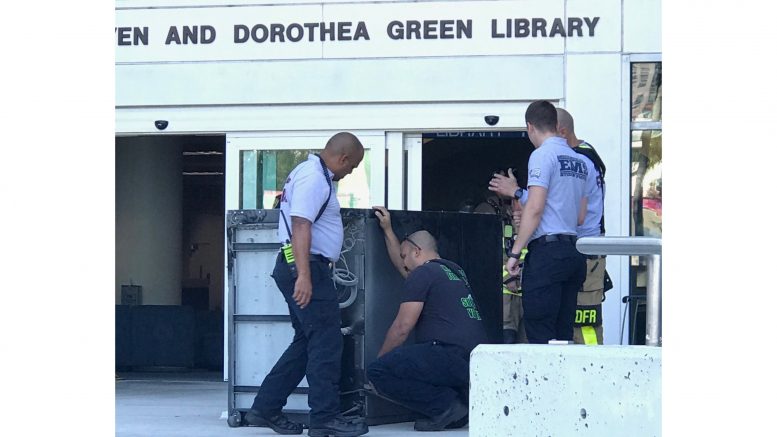 A cooler at the vending area on the first floor of the Green Library (GL) caught fire at FIU’s Modesto Maidique Campus this morning, according to FIU Police Chief Alexander Casas.

Casas said officers arrived to extinguish the small fire. No other damage was caused to the area.

“Fortunately no one was injured,” said Casas. “The building was evacuated only as a precaution.”

Miami-Dade County Fire Rescue responded and confirmed all was safe, according to Casas.

Alyssia Zamora, a sophomore studying nutrition, tried to cut through GL on the way to the law library when she noticed commotion in the area.

Miami-Dade Fire Rescue is using fans to air out the area to remove any smoke residue, according to Casas.

This story will be updated as more information is found.

This is not a drill: an inappropriate response