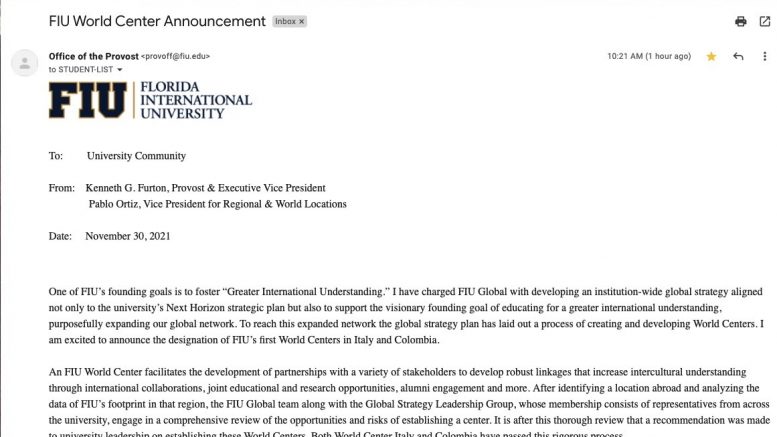 A university-wide email on Tuesday announced the designation of two ‘World Centers’ in Italy and Colombia, the first of it’s kind at FIU.

They were established to “support the visionary founding goal of educating for a greater international understanding,” as well as to align with the University’s Next Horizon campaign, according to the email by Provost Kenneth G. Furton and Vice President for Regional & World Locations Pablo Ortiz.

The announcement explained that FIU in Genoa, Italy – established 15 years ago – will become ‘World Center Italy,’ to continue as a hub for study abroad, research and partnerships with both public and private organizations throughout the country.

Additionally, ‘World Center Colombia’ was established without a physical location in-country, but will continue collaborating between the University and Colombia on public health, sustainable infrastructure and social sciences, according to the announcement.

“We will continue to expand opportunities in these areas and leverage our existing network for new prospects,” stated the email.