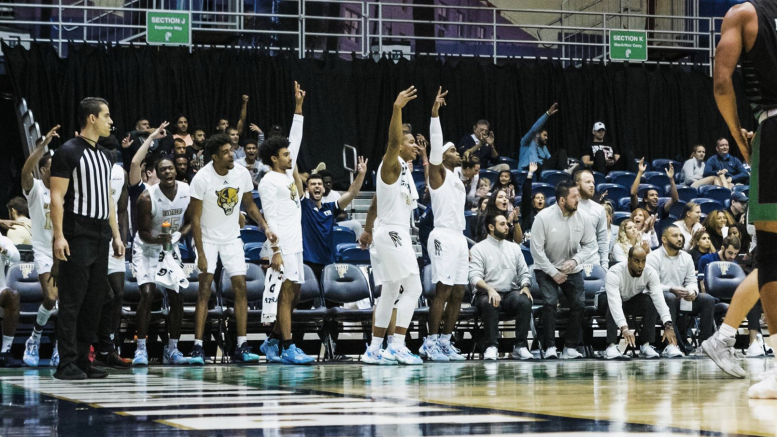 FIU Men’s basketball kicked off their third week of the regular season playing two straight home games and winning both of them against North Dakota and North Florida.

The FIU Men’s Basketball team is now on a six game winning streak.

FIU’s first matchup of the week was on the day before Thanksgiving, going up against the North Dakota Fighting Hawks. North Dakota came into this game hungry. Eleven points off turnovers and six second chance points, along with a solid defense, gave North Dakota the upper hand early on.

FIU on the other hand struggled in the first half. Forced three pointers and negligent turnovers set the Panthers back in the beginning. At the end of the first half, North Dakota was defeating FIU in dominant fashion with a six point lead; 30-24.

In the beginning of the second half, the Panthers woke up, and they were committed to keeping the win streak alive. Down by six at the start of the second, FIU scored six straight points in under two minutes tieing up the score at 30 a piece. Back and forth both teams went, with players like guards Petar Krivokapic and Javaunte Hawkins scoring big time baskets to keep FIU in the game.

Guard Tevin Brewer struggled in the first half but turned up the heat in the second, scoring 10 out of his 12 points in the second half. Defensively, FIU was still holding their own, and once FIU took a 57-51 lead, they never let up.

Overall, FIU held their own in the second half, outsourcing North Dakota 41-26 and defeating the Fighting Hawks 65-56.

FIU’s second game of the week was on an early Sunday afternoon against a hungry University of North Florida team. The North Florida Ospreys have played top ranked teams like UCLA and Kentucky, but have only mustered one win in their six games so far.

FIU had a rough start in the first few minutes of play, but then slowly came back. After a few missed shots, FIU brought out the bench, and that’s when the Panthers started rolling.

Being down by two points from a last second three in the first half didn’t stop FIU’s momentum going into the second half. The Panthers bench scored a total of 46 points compared to the Ospreys 19 and kept dominating in the second half, with players like center Seth Pinkney finishing at the rim every chance he got.

The Panthers shot 63.64% from the three point line in the second half and started to find their groove from the arch. Freshman guards Denver Jones and Petar Krivokapic had outstanding games with points totalling 17 and 18 respectively.

The Panthers had a good showing in their first two home games back and the chemistry only grew stronger. As more and more players get their time to shine, the team only prospers. FIU’s next game is on Wednesday against Florida Gulf Coast at the Ocean Bank Convocation Center