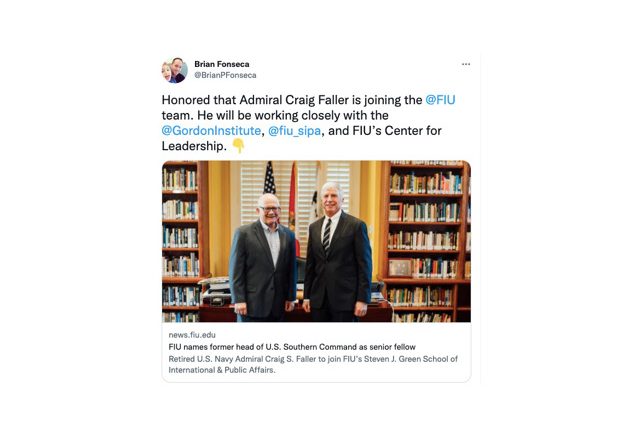 Craig Faller, a retired U.S Navy Admiral, will be joining the School of International and Public Affairs (SIPA) as a senior fellow.

“I am honored to join the FIU team,’’ Faller said to FIU News.

FIU made the announcement this Wednesday.

As director, he faced a number of regional political crises and natural disasters, such as those in Venezuela and Haiti, respectively.

Faller will work closely with students enrolled in SIPA’s intelligence fellowship programs, as well as lecture in matters of national security and leadership, per the announcement.

“FIU is a world-class organization,” said Faller. “As commander of U.S. Southern Command, I saw firsthand the great work FIU does educating students, partnering with the Miami community and building security in our Western Hemisphere neighborhood.”