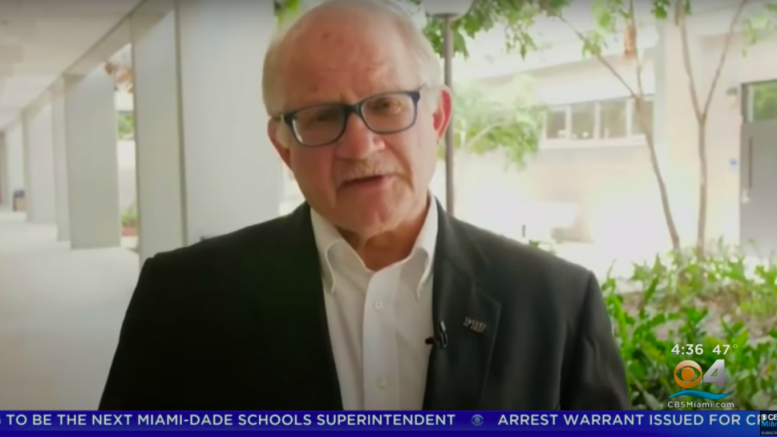 Former FIU President Mark B. Rosenberg may return to teaching at the University according to his contract, which allows him to retain his professorship.

If Rosenberg returns to the classroom, his salary would be $377,000 a year.

“I intend to return to my first professional love as a member of the faculty and to resume my research and teaching on inter-American affairs and higher education,” wrote Rosenberg in his Jan. 21 email.

Rosenberg began teaching at the School of International & Public Affairs (SIPA) in 1976 and has kept his faculty position since.

Rosenberg’s resignation means he loses about 18 months of salary, along with annual bonuses, pension and other benefits, as reported by The Miami Herald.

He will continue to receive his current tenured  faculty salary of $376,933.50 from his one-year research sabbatical.  His sabbatical would have originally started at the end of his presidency, instead it began the day of his resignation.

The average salary for a tenured position in the U.S is $85,450, according to salary.com.

The former FIU president cited his wife’s declining health as the central reason for his resignation in an email sent on Jan. 21 to the University community.

However, a sexual harassment complaint by an FIU employee in her 20s, that surfaced two days later, revealed the true reason behind his resignation.

As FIU investigates the alleged sexual harassment, further decisions regarding Rosenberg’s position at FIU will be made.