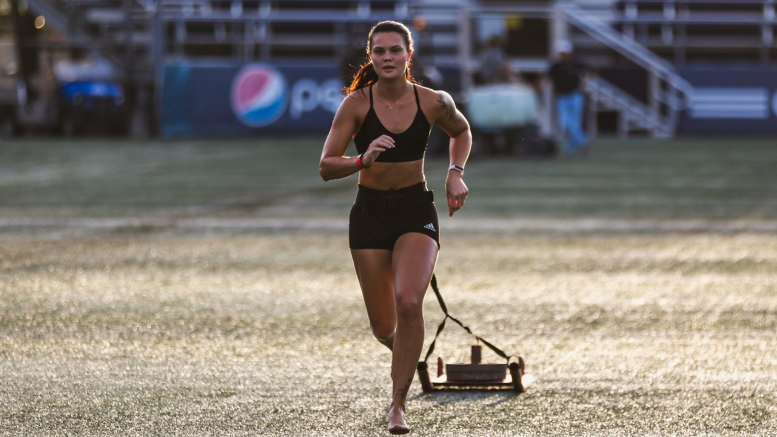 Filippa Miller is an FIU track star who has recently broken the school’s pole vault record in a recent event.

Born and raised in Jönköping, Sweden, Miller discovered her passion for outdoor track when she was 16 years old when she attended a sports program for her final years of high school. Her routine consisted of starting practice at 8:15 to 9:45am three times a week, with school starting at 11am.

Miller always had clear goals, with the biggest one being to move to the United States to continue her studies here.

“Even when I was new to track, I knew I wanted to use this gift to move to America,” Miller said in an exclusive interview with PantherNOW. “I was very excited and prepared to move from my country, but of course there are cultural differences.”

When Miller graduated from high school, she received the offer to study at FIU. Her high expectations drove her to feel prepared for whatever situation she might encounter. Miller started her first semester in Fall 2019, with her major being Digital and Interactive Media.

Not long into her first athletic season in January 2020, the COVID-19 pandemic began spreading and she was forced to return to Sweden. Miller was devastated to put a pause to her career, claiming she had a challenge with herself to push harder and jump higher, and was looking forward to continuing her season whenever she could.

A typical day for Miller starts at 6am when she heads to Tropical Park, a public outdoor area which features a track that’s a 15 minute drive away from campus.

“It’s a good track, but there have been intrusive people interrupting the practice or taking pictures of us without asking for permission,” Miller said. “It would be nice to have a track available on campus”.

Practice starts at 7am and concludes at 9:30 or 10am, depending on the day. Three times a week, the track team continues their day by going to the gym and lifting weights for one hour.

Miller has said that she feels more inclusion of the track team this semester, mentioning she would love her team to get more exposure and that she has felt that other sports are more considered.

Lindblad on the weekend where she broke her own record. Photo by FIU Athletics.

In December of 2021, Miller caught COVID-19 and was left with side effects after recovering. She admits her performance has been affected negatively after being infected and sometimes gets frustrated.

Nevertheless, the Swedish student represented FIU in the Alabama-Birmingham Vulcan Invitational on January 16, and began a streak of breaking her own school records.

Miller earned the win with a 4.02m mark, exceeding her own record of 4.00m which she performed in April of 2021 at the South Florida Invitational.

She then followed that up with a mark of 4.09 at the Jack Johnson Classic on January 28. This currently stands as the school record.

Miller’s success in the classroom has also earned her All-Academic Honors from the United States Track and Field and Cross Country Coaches Association. She was also named to the All-Academic team,

Miller highlighted the importance of mental health in the sports ambit, mentioning that her execution is troubled whenever she feels defeated by her mental state.

“There are going to be ups and downs, and if you don’t have any downs, you’re not going to appreciate the moments that go well.”

Lindblad commented she was stuck for two years with the same score, facing a lot of stress. The track star mentioned that the best advice she could give her 16 year old self would be to not be hard on herself, and to focus and keep working on whichever goal she has.

Miller is a cinematography fanatic, hoping to work in something related to the media after she graduates.

Filippa also looks to compete in the upcoming Conference-USA Indoor Championships from February 19-20 in Birmingham, Alabama.

“When you’re determined enough, you can do anything. Trust the process.”