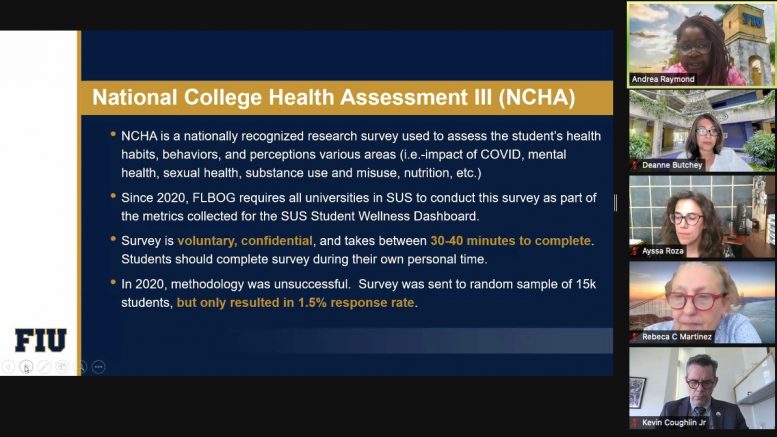 University faculty expressed concerns over abrupt changes in FIU administration and what that means for the university during the Feb. 8 Faculty Senate meeting.

Victor Uribe, a history professor at FIU, expressed concerns over the current state of the university.

“I wish to express my distress over developments at the university over mysterious circumstances at work,” said Uribe. “I wish we knew more about them; I don’t want to speculate.”

Uribe said he was worried about the fact that Interim President Kenneth Jessell is not a member of the faculty.

“That, to me, looks like the university is in a crisis,” said Uribe.

“I have confidence that both Elizabeth and interim president Jessell will keep the university on its upward momentum and trajectory,” said Furton. “I would ask people to really focus on the search process that will begin soon for the next president.”

Chronicle of Higher Education ranked FIU as one of the top 10 universities that grew significantly with more than doubling of our research expenditures, among other universities including Harvard and Northeastern.

Scott Carr, athletics director, spoke of plans for an athletics strategic plan beginning in mid-April. It will include a facilities master plan, which will focus on improvements to the FIU soccer stadium.

FIU to provost: It’s not goodbye, it’s see you later