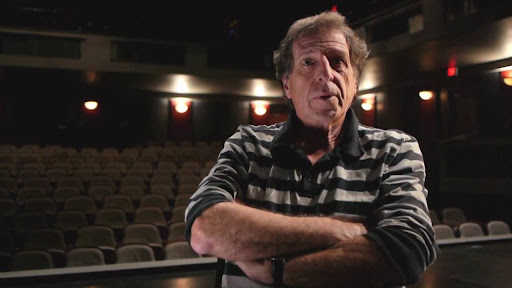 In 1980, a young theater professor came to Miami looking to follow his passion for the arts. There was hardly any theater to talk about in this city. The job offer at FIU, which at the time was a small university, sounded like a wonderful opportunity to help build and grow something of value for this community, despite the humid weather and the exhausting heat.

That is how Phillip Church joined the FIU Theater Department faculty 41 years ago. He was born in Sherborne, a small village in Dorset, England. He is the son of an amateur actor who collaborated with the local theater. The influence of his father in his life made Church develop a profound love for the dramatic arts.

This passion led to Church attending the London Academy of Music and Dramatic Arts (LAMDA) after high school, while his parents took care of a pub they owned back in Sherborne. After graduating from LAMDA, Church moved to Los Angeles to accompany his parents who had immigrated to the US.

When asked about the things he’s learned over the years, Church said that LAMDA was “the total foundation to everything I teach and do, as it is with everybody…the older you get, the more you realize how privileged you were, and how blessed you were to have that foundation, because this is basically what you pass on.”

Church’s decision of teaching at FIU was highly influenced by Paul Mazer, who was the set designer at the time. Church got the opportunity to talk to Mazer the day of his interview and share ideas. During that conversation he thought, “I want to work with this guy. I think we could really create magic.”

Even though, according to Church, the Theater Department wasn’t the robust program it is today, he and Mazer worked together producing several productions, including “Jesus Christ Superstar,” and “Romeo and Juliet.”

“They were fantastic collaborations, you know.” Said Church. Eventually Mazer and his business partner left the university to create a prop-making company.

Church taught at FIU for four decades, actively helping to grow the three full-time-staff faculty that Theater was in the 80’s. He remembers the excitement of seeing the university in constant growth through the tenures of several FIU presidents, which not many professors get to see.

The first president Church worked with was Gregory Wolfe, who was a great supporter of the arts alongside his wife. So much so that the Maryanne Wolf Theater at Biscayne Bay Campus (BBC) was named after his wife.

“He was a wonderful man, very connected to the arts, and extremely well read. You would constantly see him in an audience. He really balanced theater and music,” Church said.

One of Church’s most notable inputs to the university was the addition of the Introduction to Acting for TV/Film (TPP 3265) class to the theater curriculum almost 10 years ago.

“Nobody was saying, don’t you think young actors should have some experience in front of a camera? So I said: listen, we need to put [the course] in at least one semester. I would say that 80% of the students that graduate, if they go out and work professionally, the first thing they land up is in front of a camera,” he said.

There is a deep connection between TV/film and theater. As time moves on, more period pieces are produced with a modern take, for example “Downton Abbey” and “Death on the Nile,” which are becoming more popular every day.

According to Church, “South Florida is in deficit of classical theater… If you count fantasy into that, and I call Star Wars fantasy, that’s period as far as I’m concerned. What do actors need today? Well, they actually need classical training.”

A very important thing for Church is community engagement, which he taught his students over the four decades at FIU. He yearned to engage with the South Florida community for a long time, but “it is really difficult to keep and maintain an engagement with the community, and balance full time teaching. And, you know, raising children.”

It was after his two children became independent in 2011, that he joined “What If Works,” an entity that serves community engaged productions that would help organizations in the South Florida community. Working on projects (that’s what Church calls the theater productions) to serve a purpose. It could be to leave a message to a certain community, or to raise funds for a specific cause. “What If Works” isn’t a company that serves entertaining seasons. We don’t create seasons, we wait for the next thing that needs to be addressed.”

Such was the case back in 2011, when “What If Works” worked on a project with the Miami Children’s Hospital (now called the Nicklaus Children’s Hospital), creating a production of Christmas carols, involving the community to raise money for the foundation.

He plans on dedicating full time to the organization after his retirement from FIU at the end of the current semester. He plans to give FIU students scholarships to participate on their projects and gain experience on the field. Church is also writing a book titled “On Camera, On Stage,” which is “An attempt to bridge the complementary techniques and aspects of camera work and stage work together.”

Church wrote, and is currently directing the “Flying Solo with Artist X” project. A collaboration between FIU and Miami Dade College (MDC). For this production, Church brought together FIU students and alumni to explore the life and work of Xavier Cortada.

Church spent his career teaching the importance of philosophy in life to his students. He hopes that his lessons will remain in the minds and hearts of the people he met along the way,  “Art does not recreate life, because life without art is pretty empty. Instead, art creates life.”

“Flying Solo with Artist X” will premiere on Monday, Apr. 11, at Pinecrest Gardens. The admission is free, but the seats are limited. Log on to: bit.ly/HumEdge to reserve a seat.