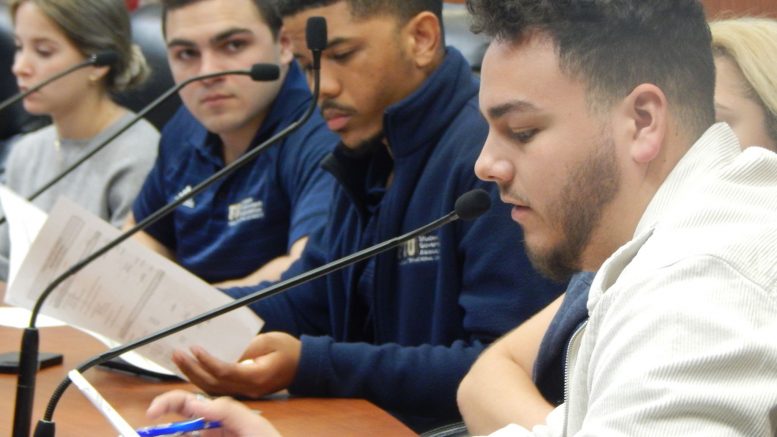 The senate rejected the original budget on Mar. 7.

The original problems the senate had with the budget were the lack of funding for the legislative branch and the Graduate and Professional Student Committee (GPSC). Approval of the budget depended on allocating more funding to these two groups.

Their rejection led to an emergency budget deliberation meeting on Mar. 10 where  SGA’s budget committee worked towards making those allocations and they were able to do so, doubling both the Legislative Branch and GPSC.

To allocate the money for these increases, cuts were made to other university organizations.

“The budget committee made cuts that wouldn’t affect operations on each of the entities,” said SGA President Alexander Rubido. “Truthfully, the cuts that were made should have never had to be made, but we did them in an effort to appease the senate and to ensure that the budget met the senate’s expectation.”

The total reductions for these organizations amount to $11,000.

Students deserve senators who show up

Letter to the Editor: Reporting on SGC-BBC elections ‘blemished with a number of errors’