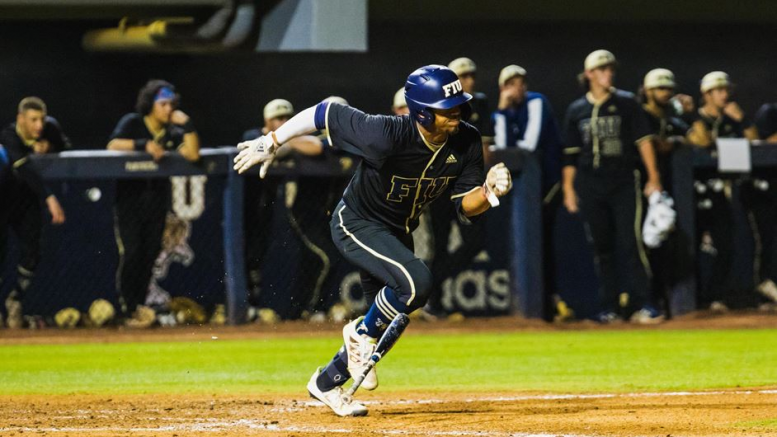 FIU baseball headed to Ruston for their first road weekend series taking on the Louisiana Tech Bulldogs, falling short in all three games in the series.

The Panthers (9-15) took an early 1-0 in game one as infielder Dante Girardi hit a liner up-the middle for a RBI single, scoring outfielder Alec Sanchez.

FIU’s lead was not for long as Panthers pitcher Ryan Cabarcas was lit up by the Bulldogs, who put up four runs in the first to take the 4-1.

Louisiana Tech tacked on three more runs from the third to the fifth inning to take a seven-run lead.

The Panthers tried to find ways to stay in the game as they had runners on first and second with only one out in the sixth, however only one run was allowed off an error from the Bulldogs, bringing home outfielder Robert Sotolongo, making it 7-2.

Into the seventh, Louisiana Tech added five more runs on five hits as the game ended in seven for a 12-2 victory for the Bulldogs.

In game two, both teams were scoreless heading into the bottom of the third as Louisiana Tech put up two runs off of Panthers pitcher Patrick Pridgen to make it 2-0.

It was a two-run deficit going into the bottom of the sixth, with the Bulldogs taking advantage of the FIU stagnant pitching that is dead last in Conference-USA by scoring four runs in the sixth, and six runs in the eighth to get the 12-0 shutout win.

In Sunday’s finale, with the Panthers trying to avoid a sweep, they kept themselves in the game early but struggled later on.

After the Bulldogs took the early 1-0 in the first on a RBI double off of FIU pitcher Carlos Lequerica, the Panthers responded back in the third as outfielder Mario Zabala crushed to deep right-centerfield for a solo home run to tie up the game at one.

Louisiana Tech responded back by putting up a run in the bottom of the third on an RBI double and a third run in the fourth on an RBI single to make it 4-1.

FIU clawed back in the fifth as after a leadoff double by outfielder Rey Hernandez, infielder Steven Ondina doubled to right center, scoring Hernandez and making it 3-2.

However, that would be it for the Panthers offense as the Bulldogs extended their lead in the fifth inning with two runs. Louisiana Tech continued their scoring as they added eight runs from the seventh and eighth inning to get the 13-2 victory to take the series sweep.

The Panthers are now 9-15 overall, with a 2-4 conference record and sit in second-to-last out of the 12 teams in C-USA.

FIU will head back to Miami to play five games in six days, which begins with a weekend series against the Old Dominion Monarchs on Friday, April 1 to Sunday, April 3.