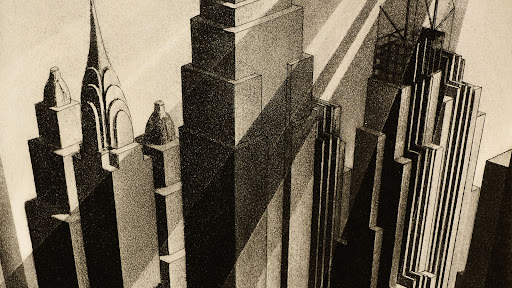 The Wolfsonian-FIU Museum hosted the exhibition “Aerial Vision,” which explores some of the most impactful human achievements of the 20th century: airplanes and skyscrapers.

To better understand the meaning behind these images, the museum hosted a gallery talk on Mar. 17, led by FIU Professor, Dr. Jason Pearl, specialist in British Literature from the 17th to the 19th century. This talk was titled “Poet of the Airplane.”

“Poet of the Airplane” is an exploration of the literary work of Antoine de Saint-Exupéry, author of “The Little Prince” (1943). Saint-Exupéry was a French aviator and writer who lived during the first half of the 20th century. His works told the unique perspective of a pilot and a warrior who viewed the world with the eyes of a poet.

In this gallery talk, Pearl decided to use Saint-Exupéry’s words to compliment the images of the exhibition. All while asking “what can words add to images?”

According to Pearl, “one of the myths of aerial vision is that it’s an eye in the sky, removed from the body that perceives it. In an older airplane, one with an open cockpit, you’d get cold and wet; you’d hear the howl of the wind and the hum of the motor; you’d smell the burning of fuel.”

In “Poet of the Airplane,” Pearl challenges the perception that looking at the world from above is a disembodied experience. He explained that altitude is not experienced only through the eyes, but that it is something that people experience with the whole body.

“We look at our phones, which have GPS navigation and Google Maps, and you can see images of the world from above, but they are very abstract,” Pearl said. The work of Saint-Exupéry explained the experience of flying as a “visceral experience. It was very physical.”

For Pearl, reading Saint-Exupéry’s texts is a humbling experience. Looking at the world from above makes humans feel empowered, but also vulnerable. He said that “people down below can’t see everything, so you have a kind of power by looking down. Of course, this is also the position of dropping bombs at war, so I wanted to find a way to talk about the vulnerability of that position.”

He explained that being in the air is a vulnerable position “because you feel cold, you feel the fragility of the human body … We don’t necessarily feel that when we’re looking [at the world] through the camera, the drone, but you do feel that when you’re flying in an open cockpit.”

Through “Poet of the Airplane,” viewers can not only see the images from the “Aerial Vision” exhibition, but they can also feel the cold air and the vertigo of looking at the world from above, while living the humbling experience of understanding one’s vulnerability.

It is important to have these kinds of talks and discussions about exploring the human side of things. “Aerial Vision” will be open at The Wolfsonian – FIU until April 24, where people can do more than just look at impressive art, but to live an immersive experience.