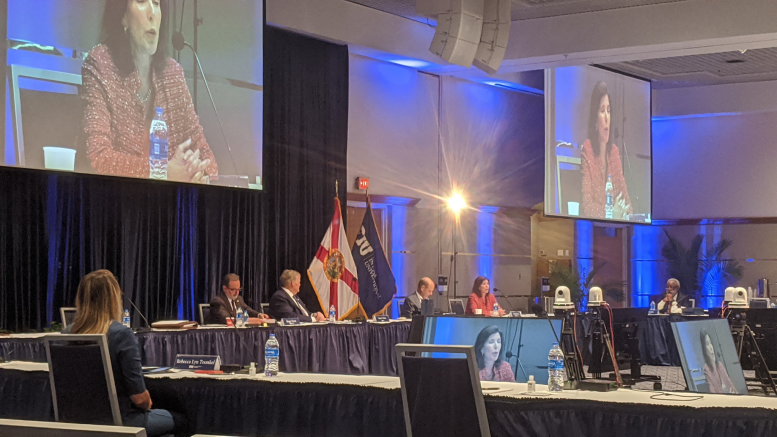 The presidential search committee had their first meeting to discuss the process ahead of them. They featured special guest William Funk of R. William Funk and Associates, the executive search firm assisting in the search.

R. William Funk and Associates has been chosen once more after helping the board 10 years ago to find former President Mark Rosenberg. The decision on which firm would be helping in the search was announced to the FIU community via email on March 8.

Funk made an appearance at both the board meeting and committee meeting speaking on multiple topics, from excitement to be a part of this process, to discussing the new state bill which states that candidates involved in a presidential search are to be hidden from the public until finalists are decided.

“We think this is a very compelling leadership opportunity in higher education,” said Funk. “We think that there will be many excellent leaders who will find this to be an attractive opportunity.”

Funk said he would not be able to give a full schedule of the entire process but estimated that finalists would be decided around July.

Funk is going to be working closely with the 15 committee members, all of whom have a close relationship with the FIU community. These members are Roger Tovar, who is the chair of the committee, Cesar Alvarez, Deanna Butchey, Patricia Frost, Eric Eikenberg, Carlos Duart, Jill Granat, Gerald Grant Jr., Barbara Lagoa, Albert Maury, Richard Olson, Claudia Puig, H.T. Smith, Rebecca Toonkel and Valentina Casanova.

Casanova is SGA’s vice president-elect and the only student on the committee.

The presidential search committee has planned an open forum on April 13 for students and faculty to ask questions about the process.