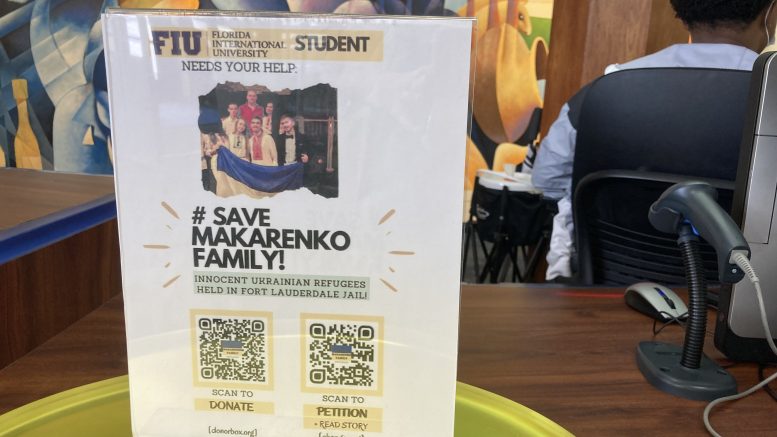 A former FIU student has been charged with a violent hate crime against a man over the victim’s sexual orientation.

Oleh Makarenko, 21, computer science major at FIU as of summer 2021, was arrested on March 10 alongside his parents Inna Makarenko, 44, and Yevhen Makarenko, 43. Their offenses were specified as hate crimes when they were formally charged on Tuesday.

The charges against the trio are attempted felony murder, kidnapping and burglary with assault and battery. The victim was beaten to the point that he was left permanently blinded, said Broward prosecutors on April 12.

Flyers with a QR code leading to a petition claiming the family’s innocence appeared around FIU’s Biscayne Bay Campus in late March.

The petition referenced the family’s immigration status as refugees from Ukraine as of six years ago and owners of local businesses, MakSky Design and MakSky Doors. It has amassed 374 signatures and raised $4,215 with a $30,000 goal to pay criminal defense fees.

“The family is shocked and doesn’t understand what is happening and where these accusations come from,” reads the petition. “The accusations are completely false and need to be defeated and ultimately dismissed!”

They face potential life sentences and are each currently held in Broward County jails without bond.

“They secretly, forcibly or by threat abducted or imprisoned the victim against his will…to terrorize him,” stated the forms. “[They] struck the victim numerous times…causing serious bodily injury and disfigurement, almost resulting in his death.”

Another Makarenko son, Vladyslav, 25, was arrested in Alabama on April 11 in connection with the crime. He has since been transferred to Broward County and charged with the same offenses but awaits a potential hate crime differentiation.

The family has pleaded not guilty, according to recent case records.

This story will be updated as more information becomes available.