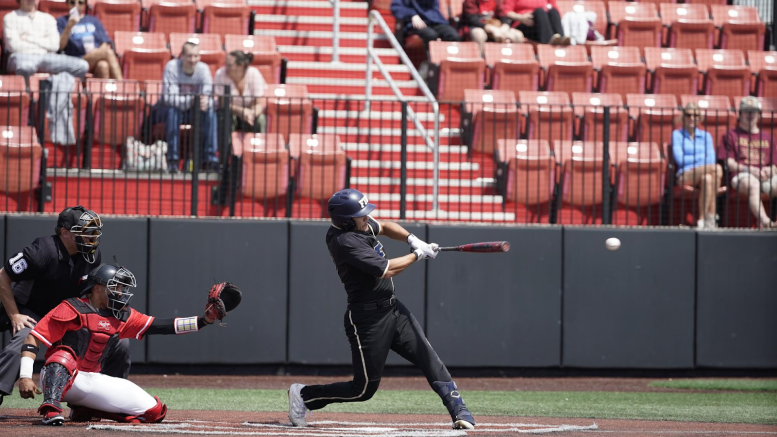 The FIU Baseball team (11-20) hit the road this past weekend for a three-game series against Conference rival the Western Kentucky Hilltoppers (13-18), where they dropped the first two games, but took the final game on Sunday.

Heading into the series, the Panthers fell to the Miami Hurricanes by a score of 17-1 on Wednesday night, while the Hilltoppers took down Belmont in a 9-8 win.

In game one of the weekend set, FIU pitcher Patrick Pridgen was on the bump, looking to repeat his dominant start against the Old Dominion Monarchs where he went six inning, and struck out 12 last Friday.

The bottom of the first saw Western Kentucky take the early 2-0 lead on a wild pitch that brought home a run and an error by FIU outfielder Mario Zabala to bring home the second run of the inning.

After four consecutive scoreless innings between both teams, the Panthers got on the board with a solo home run to left center by FIU infielder Jorge Ramirez in the top of the fifth inning.

Later in the frame, after back-to-back singles by FIU catcher Jayden Melendez and infielder Noel Perez, outfielder Robert Sotolongo delivered with a single to right field that brought home both runs.

For the first time of the game, the Panthers had the 3-2 lead.

Not for long, in the bottom half of the inning, the Hilltoppers stormed back as they had the bags full and infielder Tristin Garcia lined a ball into left-center to score two runs and give Western Kentucky back the one-run lead.

Up by one, the Hilltoppers added more insurance with two home runs, solo shot and two-run homer to extend the score to 7-3.

In the seventh, FIU added a run on a Sotolongo sacrifice to score Melendez, but it wasn’t enough as the Hilltoppers took game one for a 7-4 win.

The second game of the series had the Hilltoppers come out of the gates hot on offense as they scored two runs in the first, and three in the third for a 5-0 lead.

The Panthers’ bats were quiet, only managing for two hits through seven innings.

In the sixth inning and eighth Western Kentucky poured on more offense with four runs on three to make it 9-0.

Into the ninth inning, FIU tacked on two runs from a RBI double from Perez and outfielder Dalton Hurst scored on an error, but wasn’t enough as the Hilltoppers got game two for a 9-2 win.

For the series finale on Sunday afternoon, the Hilltoppers striked first with a RBI single to take the early lead.

However, in the fourth, FIU outfielder Alec Sanchez responded back with a moonshot to deep right for a solo home run to tie up the game.

Later in the inning, with Panthers infielder Adrian Figuoera at second baseman, Sotolongo hit a ball up the middle to score Figuoera and get the 2-1 lead.

Western Kentucky stormed back with two runs each in the fourth and fifth inning as they got back in the game for a three-run advantage.

FIU never quit, with runners on second-and-third and just one out in the sixth, Sotologno stepped up and delivered once again with a RBI single to cut the deficit to two.

One batter later, the bags were full of Panthers and Jorge Ramirez singled up the middle for two runs and tied up the game at five.

Entering the seventh with a tied up ballgame, FIU had runners on second-and-third again, Figueroa went opposite for a RBI single to give the Panthers a 6-5.

With only nine outs left, FIU had to get, Panthers pitcher Angel Turbicio shut the Hilltoppers offense down as he went three innings, giving up one hit, and struck out six batters to get the 6-5 win.

After the game, FIU head coach Mervyl Melendez said to FIUSports.com, “I am very proud of the fight our players showed today. We competed hard today and this is a kind of game that we can build off of moving forward in league play.”

The Panthers will head back to Miami for a three-game set against the #11 ranked Southern Miss Golden Eagles, and enters with a 23-8 overall record.