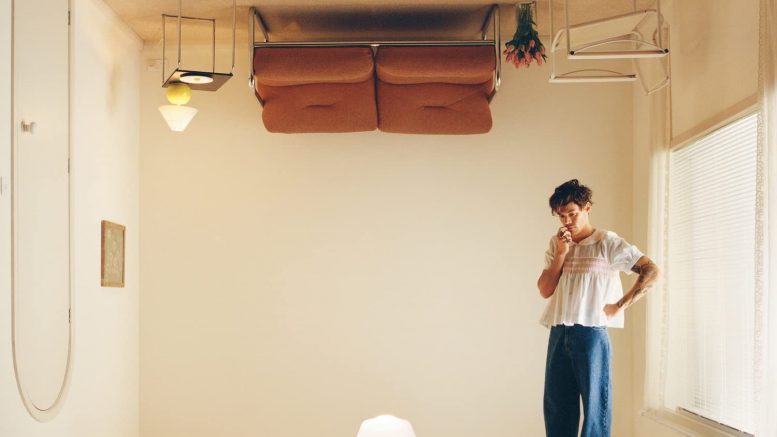 Another era has begun for Harry Styles after the release of his third solo album “Harry’s House” on May 20.

Style’s 2022 Coachella performance gave two songs off the album: “Late Night Talking” and “Boyfriends.” The performance of these unreleased songs at the time only brought more anticipation for the album.

The album starts off with an upbeat tempo with “Music For a Sushi Restaurant.” The groovy vibe of this song is heard throughout other songs such as “Late Night Talking” and “Cinema.”

The album has songs to dance to, to cry to, and simply feel the music. I feel that in many of the songs, Styles is harmonizing with himself to create the overall emotion of the song. This is something that was not seen as much in his previous two albums.

Regardless, the majority of the album feels cozy and warm; like a home.

I found the most emotional song to be “Matilda,” a story of growing up and dealing with one’s personal emotional issues.

“You can let it go, you can throw a party full of everyone you know and not invite your family ‘cause they never showed you love, you don’t have to be sorry for leaving and growing up.”

The song ends by giving “Matilda” hope that she can make her own happiness. I interpreted this song as Harry giving hope to his fans who feel that they are in the situation that “Matilda” is in.

Personally, my favorite songs of the album were “Late Night Talking,” “Satellite,” “Keep Driving,” and “Love of My Life.”

The song “Satellite” did remind me of “Clouds” from One Direction’s album “Four.” Starting from 2:37 to the end of the song, the slight resemblance to “Clouds” not only gave me a sense of nostalgia but also an immense amount of serotonin.

Similar to Style’s others album “Harry Styles” and “Fine Line,” the essence of sex and drugs are seen throughout the 13 songs of “Harry’s House.”

While some of his lyrics are more direct to these topics, “cocaine, side boob, choke her with a sea view,” seen in “Keep Driving,” Styles still has his discrete manner of sharing these topics similar to when he did it in “Fine Lines,” “Watermelon Sugar.”

The song “Daydreaming,” is about sex but in this one it is said in a storytelling type of way that gives it emotional sensuality instead of superficial sexual attraction.

“Cause baby, loving you is the real thing, it just feels right when you give me all of your love, give me something to dream about.”

The storytelling of each song is accompanied by a mixture of instruments and melodies. Trumpets, guitars and drums were the stars of many of the songs alongside Styles’ self harmonies.

Every album that Styles releases is an improvement and expands his horizons as an artist.