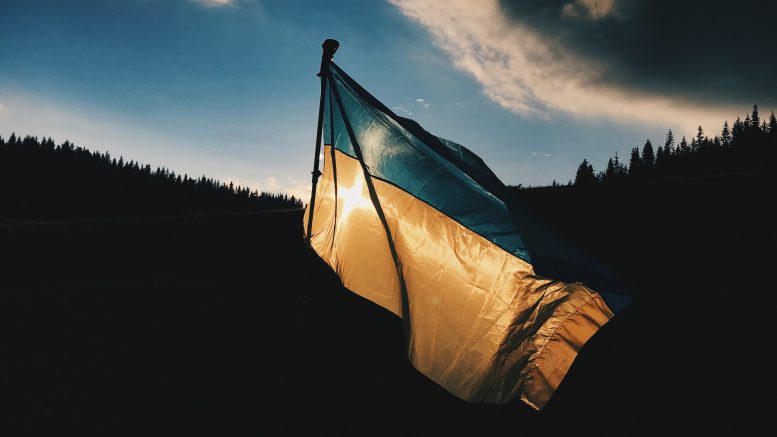 With the Russo-Ukrainian war continuing to ravage Eastern Ukraine, FIU’s Office of Global Initiatives hosted a panel platforming student voices from within Ukraine.

The May 15 Tuesday Times Roundtable featured a host of students from the Ivan Franko National University of Lviv, in western Ukraine. Students, whose full names were not used for security, spoke about the tension of living in a comparatively undamaged city, all the while battles continue to rage on only hours away.

“Life’s been repetitive and it makes me disgusted because it doesn’t change,” Oleh. “We are pretty comfortable, but still you feel fear in the community.”

Students also spoke about the immense guilt felt by those unaffected by the conflict.

“Everytime I eat I feel guilty because I have something to eat while hundreds of people are dying in the East,” said Dmytro.

Other students agreed with the sentiments, and emphasized the existential dread of living near a warzone, especially following an April missile strike on Lviv, which killed seven and marked the only casualties to occur within city limits.

“There’s one thing that constantly pops in my mind and that’s the risk of having something dropped on your house by the Russians,” said Danylo.

As of now, only three missile strikes have targeted the city since the war began on February 24.

“I heard about how the people in Mariupol cooked, they just try to wake up and look for food and water, anything to make a simple soup or anything to eat,” said Snizhana.

When discussing the anti-war movement within the Russian citizenry, several students, including Viktoria, voiced their distrust of the population.

“One thing that people tend to be very wrong about is how they perceive Russian opposition to the war,” said Viktoria. “There’s a common narrative that not all Russians are bad, and I wouldn’t say all of them wanted the worst to happen but people need to know that Putin’s support rose to 71 percent in Russian since the war started.”

It is worth noting, polling in Russia has been near impossible following the invasion due to the state’s harsh clampdown on independent media following the invasion. The poll referenced by Viktoria was conducted by the state-controlled pollster VTsIOM, also known as WCIOM, an organization whose reliability continues to be under question.

This is also without mentioning the more than 13,000 anti-war detainees believed to be imprisoned within Russia, as well as the thousands who have fled following the invasion.

Students then switched their focus to coverage of the conflict, highlighting the massive amount of disinformation perpetuated through platforms like Twitter, and the active measures Ukrainian citizens take to tackle this challenge.

“As my colleague said before, Russian propaganda is an intensely sponsored machine,” said Mariia. “So many Ukrainians have actually joined the ‘Twitter army’ combating these bots and propogandist on the online field”.

Mariia also highlighted common points propagated by these actors, and how they utilize a person’s lack of knowledge to perpetuate misinformation.

“For example Ukrainians are Nazis. If you know that the Ukrainian president [Vladimir Zelensky] is Jewish, you know this cannot be correct,” said Mariia.

The panel ended with a call to support Ukrainians, both through donations, and through empathizing and supporting Ukrainian the audience may be connected with.

“If you can reach out to your local government, federal government, or nongovernmental organizations and ask them to provide grants, military assistance, or aid, it will help so much,” said Anatolii. “It’s important to be active not only on the internet but also in real life.”

If you’d like to aid fellow FIU students affected by the conflict, FIU has created a Ukrainian support fund for those able to donate.

LETTER TO THE EDITOR: In Regards to the Arrests at FIU

Eighth street to get upgrade

Ukraine peninsula “on fire as we speak”