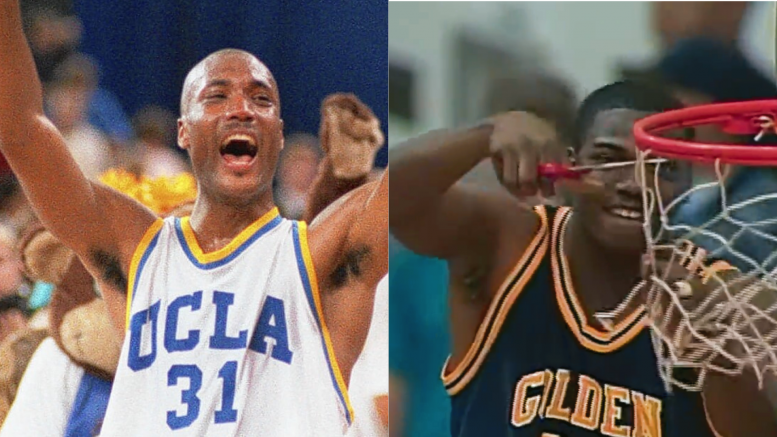 Who doesn’t love a good old David versus Goliath story?

In a time punctuated by the start of the ‘dot-com’ era, the release of “Toy Story” and Michael Jordan’s return to the NBA, 1995 was a historical year for many reasons.

The No.1-ranked UCLA Bruins basketball team was in the midst of chasing their 11th title. The Bruins road to the Final Four began in the West region against a relatively unknown school at the time, the FIU Golden Panthers.

“Who?” was the first reaction of most college basketball fans. In fact, this reaction was so common that fans mockingly referred to FIU as “FI…Who?”.

Matt Tchir, a guard on the 1995 Panthers team, had heard the joke plenty.

“FI ‘Who?’ That’s what we get all the time,” Tchir said in an interview with The Orlando Sentinel.

FIU was a remarkably young school in 95. Only 23 years separated the school’s inception and its first NCAA tournament appearance. FIU athletics was a fledgling program that didn’t have much recognition, a stark contrast to the college basketball powerhouse that is UCLA.

The program had already established itself as a dynasty in college basketball years prior. Under the tutelage of legendary coach John Wooden (famously known as “The Wizard of Westwood”), UCLA won 10 national championships in 12 years, winning seven of those in a row from 1967 all the way to 1973.

The years that followed provided new challenges for the Bruins. The program didn’t see another successful title run for two decades

1995 was different though. The Bruins, now coached by Jim Harrick, finished 25-2 behind the stellar seasons of senior Tyus Edney and National Player of the Year Ed O’Bannon, two of the six future NBA players on the Bruins roster.

UCLA came into the tournament hungry to hang up another banner in Pauley Pavillion and return the program to its glory days.

The matchup drew plenty of media attention, who didn’t hesitate to point out just how obscure and lopsided of a matchup this was.

The Orlando Sentinel stated “It [was] the running gag of the NCAA Tournament. The best-known initials in college basketball history vs. an obscure trio of letters that 99 percent of the people outside of Florida probably don’t know.”

The Panther’s path to the NCAA tournament was beyond strange. FIU entered the Trans America Athletic Conference Tournament (TAAC)  as the lowest-seeded team, with an abysmal .367% winning percentage.

Yet, by some miracle, the Panthers beat Stetson, Southeastern Louisiana and Mercer to emerge at the top of the TAAC, giving them a bid to the NCAA tournament and a date with No.1 UCLA.

Through this series of unexpected upsets, FIU made history as the worst team to ever qualify for an NCAA Tournament, with a record of 11-18.

Panthers center James Eason saw the team’s success in the TAAC tournament as a promising sign of their chances in the NCAA tournament.

“We’ve known all along that we’re better than our record,” said Eason in an interview with the Tampa Bay Times. “We lost a lot of close games early in the season, but when it came to the (Trans-America) tournament, we knew we were capable of winning it all because by then we were playing our best basketball of the year.”

The Panthers would need better than their best basketball to be competitive as UCLA was heavily favored to obliterate them.

FIU had no starter taller than 6’8 (the tallest player was 6’7 James Mazyck) and the team played so poorly during the regular season that coach Bob Weltlich announced his resignation effective at season’s end. Weltlich would walk past candidates in the hall that were meant to replace him while they were preparing for the tournament.

Even before knowing that the Bruins were the first team they’d face, Weltlich gave this joke when asked who he would like to see in FIU’s first postseason game.

“That’s like asking a convicted murderer if he wants the electric chair or lethal injection.”

Not the greatest vote of confidence for a team facing a juggernaut.

Round one of the tournament took place on March 17 as the Bruins clashed with the Panthers at Taco Bell Arena (now known as ExtraMile Arena) in Boise, Idaho.

It was immediately apparent that FIU was outmatched. The Bruins outscored the Panthers 43-23 in the first half, leading by 20. Unfortunately, it did not get any better for FIU in the second half, as they were outscored 49-33 and lost the game by 36 points, 92-56.

Mazyck, the Panther’s best scorer, dropped 21 points on 5-11 shooting and went 10-14 at the charity stripe. After their victory over FIU, the Bruins went on to win the whole thing, thanks to Edney’s historic buzzer-beater against Missouri in the second round.

Stories like these typically end with a clear winner and loser. But in this case, it doesn’t deserve to. FIU’s appearance propelled the team to the national stage, gave them coverage and attention they never thought they would see and increased the program’s respect exponentially.

After their NCAA appearance, the Panthers men’s basketball team enjoyed moderate success over the coming years. They finished second in the TAAC in back-to-back seasons in 1996 and 1997. It’s typical for an unknown school to make the tournament and then never be heard of again, but this wasn’t the case here. FIU knew they had it in them to compete with the best of the best and continued to excel.

For UCLA, the win was the first of many steps to quenching a 20-year championship drought and igniting a spark that would illuminate the way for future success.

In the world of NCAA basketball, it’s all about perspective. Maybe both teams were David and Goliath in their own ways.