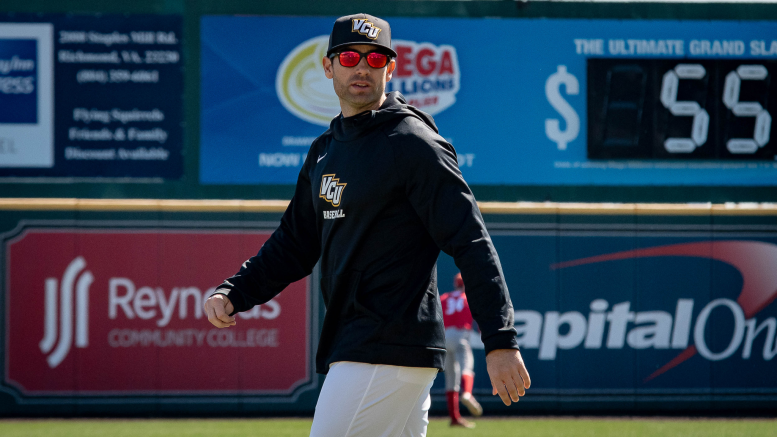 Athletic Director Scott Carr said in a press release, “Rich is a proven winner who has history of leading numerous programs to conference championships and NCAA Regionals as both a player and coach. He is a players’ coach who cares deeply about student-athletes and building relationships with them.”

Witten recently finished his sixth season with the Rams as the assistant coaching and recruiting coordinator, mainly handling the infield and outfield.

In his time with VCU, they won back-to-back Atlantic 10 Conference Championships in 2021 and 2022, while the team boasts an overall record of 162-86 under his direction.

Prior to his arrival in Richmond, Virginia, Witten was the assistant coach at Winthrop University for three seasons from 2015-2017, where helped take the Eagles to 102 wins in that span, including a 40-win team in 2017.

Witten also worked in the state of Florida, first as the Volunteer Assistant Coach of the Miami Hurricanes in 2014 and the Director of Baseball Operations for the University of Central Florida in 2014.

Witten earned a five-year contract and is tasked to rebuild a program that went 16-34 last year.