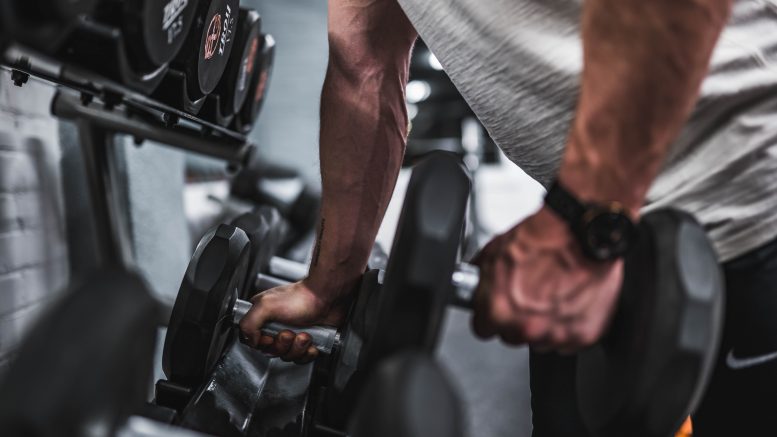 Young men are falling for suspicious lifestyle changes that will lead them to develop eating and mental disorders in the future. It’s crucial to identify the signs now before it’s too late.

It surrounds the idea of improving the overall image of their body. While it sounds perfectly fine for the most part, sometimes the methods used to achieve this goal are barbaric at best.

I’ve seen these practices from afar, anybody else who goes to the gym observes it too: There’s the one who’s unable to properly curl a heavy dumbbell, but he grunts, shakes and strains himself to do another rep. The guy you see once you enter and leave the gym, working out for hours on end.

This could point to a new term called bigorexia, a dysmorphic disorder that pushes young men to certain extremes to gain more muscle.

Some concerning symptoms would include the usage of steroid supplements and long hours of maxing out in weights at the gym. Other minor symptoms include wanting total control of diet and constantly measuring themselves, among more.

To be clear, wanting to gain muscle from weightlifting is understandable. But what separates a normal hobby from a disorder, is the usage of extreme methods in order to achieve their dream body as quickly as possible.

Todd Lengnick, the director of FIU’s Counseling and Psychological Services, said that whenever young men come in for counseling with concerns relating to eating disorders and body dysmorphia, it’s uncommon for them to directly declare bigorexia as it is a new term.

“It’s mostly a concern of one’s perception of their own body,” he said. Lengnick also mentioned that it also depends on how much these individuals like themselves.

Having an unhealthy perception of your own body is very dangerous and, similar to anorexia nervosa, self-hatred will push you in an attempt to fix your body. All to fit an expectation.

From abusing steroids in order to increase their muscle strength and power to dedicating several hours to extreme workout routines — men have unknowingly let their passion lead them to a life of constant restriction.

They also experience body dysmorphia. Men often fantasize about their dream bodies and get frustrated when they don’t achieve quick results. Their own version of their body riddles them with anxiety and they quickly lose confidence. Because they believe they don’t look the way they want to, they sacrifice their time, energy and health in order to achieve perfection.

The hatred towards their bodies consumed their thoughts and presented itself through their actions — vigorous workouts and limited intakes of food. It’s a clear sign of someone with poor mental health.

These symptoms clearly show that women aren’t the only ones who suffer from eating disorders. This stigma against men is incredibly harmful because they should be allowed to voice their concerns, as well as discuss any possible toxic habits with a professional.

It’s not weak to do so — on the contrary, it is empowering.

Most men learn vigorous workout routines and extreme beliefs from various non-reputable sources online. Mostly common on sites like TikTok or YouTube, fitness influencers often use these platforms to promote their sponsored, yet untrustworthy supplements, to their impressionable audience.

Constantly involving yourself in an environment that actively supports these toxic behaviors does more harm than good.

However, the gym isn’t the enemy. Fitness is supposed to promote a healthy lifestyle in order to feel confident in yourself. Of course, it is required to work hard to get results, but some people tend to overwork their bodies, like maxing out — going heavier when lifting weights — and spending hours upon hours at the gym.

Professionals will tell you that sacrificing your health isn’t ideal. Everything is about balance.

I implore future nutritionists or therapists to take men’s health issues seriously and to advise them with proper methods and routines that will help them achieve their goals without a mental sacrifice.

And for those that struggle with bigorexia or any type of eating disorder, I advise you to seek professional help in your own time. You can treat your anxiety by doing something you genuinely love, or by talking about it with a friend.

The healing process takes time. You have to start bit by bit, by first accepting that your body can only do so much.

Your body dysmorphia is a monster that distorts your vision of yourself. The dissatisfaction with your body is false. No matter what figure you present, your body is your vessel that needs to be taken care of properly. It is worthy of basic necessities, like food and love.

Men, you’ve been ignored for long enough. Recognizing these symptoms won’t be easy, and it’ll be painful, but it’ll be your first step into building a better, healthier version of yourself. Yes, you can work out, but by being cautious of your body’s limits and capabilities, reaching your dream body won’t be just a dream, but a reality.

But it all starts with respecting and understanding yourself and your body, awareness is key.

This first semester of college has been nothing but underwhelming

Lack of arts leads to decreased performance in students

Religion shouldn’t be used as an excuse for bigotry