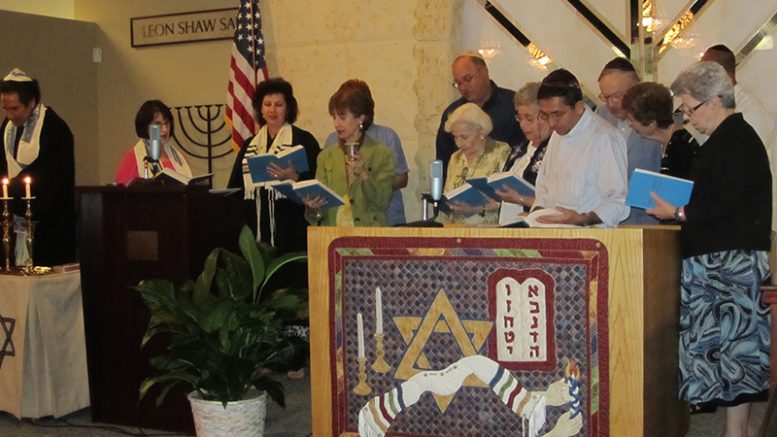 In the case of Florida, such restrictions are expected to take hold following the passing of Florida House Bill No.5, back on April 15. The bill criminalizes abortions past the 15th week of pregnancy, counted by gestational age.

However, the bill currently faces multiple legal obstacles before its enactment date of July 1. The most recent being a lawsuit from Boynton Beach Jewish congregation L’Dor Va-Dor’s Rabbi Barry Silver.

The suit was filed by Silver on behalf of his congregants and other minorities who are affected by this bill.

Silver’s congregation does not stand alone on this topic, as other Jewish congregations expressed their concerns for religious freedom. The Rabbinical Assembly, an assembly of Rabbis all around the world, issued a statement on June 24, condemning the action by the US Supreme Court.

“The RA is outraged by the decision of the U.S. Supreme Court to end the Constitutional right to abortion and deny access to lifesaving medical procedures for millions of individuals in the U.S., in what will be regarded as one of the most extreme instances of governmental overreach in our lifetime.”

The court filing argues that the invasion of bodily autonomy foundational to the bill contradicts the Florida Constitution.

“The Florida Constitution embodies the principle that ‘[f]ew decisions are more personal and intimate, more properly private, or more basic to individual dignity and autonomy, than a woman’s decision . . . whether to end her pregnancy. A woman’s right to make that choice freely is fundamental.”

It also emphasizes the lack of discussion in regard to the penalties for breaking the future law.

“Floridians in the dark as to the dire consequences that could befall them if they exercise their religious beliefs, which has a chilling effect upon the free exercise of religion,” stated Silver in the lawsuit.

Following the filing, Silver issued a letter to his congregation, emphasizing the importance of a secular state.

“We must never return to the dangerous days of back-alley abortions and the dismantling of the wall of separation between church and state and we will fight back against such efforts,” stated Silver in the letter.

The fight for abortion rights may increasingly become an issue of religious freedom to access abortion.

Sapir Shtaeinweis, a Junior Behavioral Neuroscience FIU student, explained her view on the importance of reproductive rights regardless of a person’s religious affiliation.

“I’ve never thought of it in a religious way, I’ve analyzed it as a human rights issue. As a human, without regard to my gender identity or the religion I practice, I want to have the right to make my own decisions,” said Shtaeinweis.

Shtaeinweis expressed her disbelief, and discomfort with the laws that restrict the right to choose.

“This country is based on Christian values, but we have a right too, a right to protect what we believe in, and it takes that away from us.”

This is not the first time that House Bill No.5 has been challenged, Planned Parenthood in unison with the American Civil Liberties Union also filed a suit June 1, against the bill. The suit states that the bill violates rights stated in the Florida Constitution that allow women the right to individual privacy.

FLHB5 is set to take effect on July 1.

At press time, neither lawsuit has secured a court date to challenge FLHB5.

Reproductive Freedom: Why Florida Needs to Take Cues From Colombia

“Boy please,” women can do everything men can