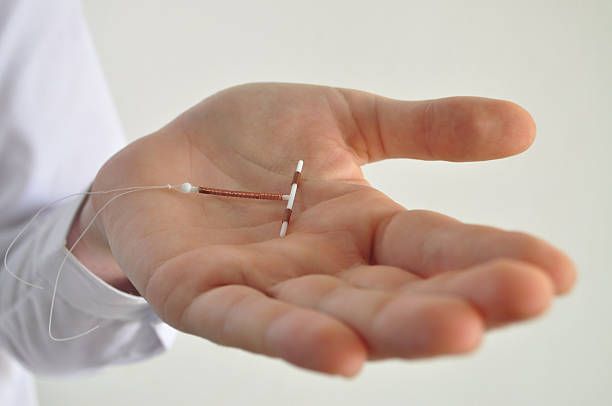 It took me six months to get the copper IUD and my body rejected it within a month. I’m terrified knowing that my options for birth control are becoming more limited as the Supreme Court overturned Roe v. Wade last Friday.

I watched dumbstruck from the sidelines as my own journey with birth control came to a spiral, all at the hands of a small copper-shaped menace. Meanwhile, the internet and news outlets broke into a frenzy of debates between pro-choice and pro-life.

Some of the more polarizing discussions regarding the recent decision have to do with long-term birth control and how it’s still infringing on women’s ability to make choices about their own bodies.

With men not wanting to use condoms and sexual violence against women being on the rise, it can feel like birth control is the only option despite its dangers and side effects.

Hormonal birth control comes with warning and side effect pamphlets big enough to use as a blanket. Other methods of birth control like abstinence, pulling out, and keeping track of ovulation don’t work in situations where your menstrual cycle isn’t regular, or if you’re impregnated forcibly through sexual assault.

10.4% of women between the ages of 15 and 49 are currently using an IUD or another implanted device.

Last December, I joined them and decided to get Paragard, the copper IUD.

By April, I was able to secure a preliminary appointment to see if I was a good candidate and the doctor told me that the IUD insertion could hurt like a menstrual cramp, but that it would be bearable.

In May, I finally had my IUD insertion appointment. During the 15-minute procedure, my body physically felt like it was being pushed past its limits. I was left crying, bleeding heavily, and on the verge of fainting. Later on, I learned that this is “normal”, even expected. I managed to get home and felt grateful that for ten years I would be fine, the worst part was behind me.

On the official websites for Paragard, Planned Parenthood, and Mayo Clinic, the pain of IUD insertion is described as “cramping”; that pain scale is an understatement of my experience.

On Tuesday, June 21, only a month later, I was told my IUD was not in place and had to be removed immediately.

What my medical professionals failed to mention is the pending class-action lawsuit against Paragard. As of June 2022, there are 1,195 pending cases regarding the fractured pieces of the IUD left inside uteruses during the removal of the device.

The lawsuit also mentions that Paragard failed to disclose the possible breakage of the IUD during the removal process, leaving some women having to have additional surgeries or with long-lasting fertility issues afterward.

The comments section of The New York Times article, “IUD Insertion: What to Know Before Getting an IUD”, emphasizes how medical professionals are not properly preparing patients for the pain and complications of getting an IUD.

Screenshot of Megan Champion’s comment under the NYT article “IUD Insertion: What to Know Before Getting an IUD”/ Via the NYT.

We have to ask ourselves why women are expected to endure the complications of these medical procedures without being adequately warned by doctors. The fracture of the Paragard device has required additional surgeries, as well as permanently impairing patients’ fertility.

There’s a petition online for medical professionals to start disclosing all side effects of the Paragard and Mirena IUDs. The petition includes a list of side effects that women have reported, some of which were not disclosed during my own initial consultation. Some side effects are hair loss, acne, and weight gain.

There are mixed reviews online for Paragard. It seems to be the perfect solution for some women and hellish for others. While every experience can differ, Paragard and the medical professionals who administer it must fully disclose the complications and side effects involved.

The Paragard IUD and other methods of birth control are not the solutions to the overturn of Roe v. Wade because….

Until medical professionals and birth control companies become more transparent about the risks involved, it’s up to us to do our research and try to make more informed decisions about our bodies.

While reproductive rights are being stripped, information that can help with family planning remains available.

Not Ready To Be A Mom

DUELING COLUMN: Abortion should be protected in Florida

‘International’ is a term FIU does not overlook