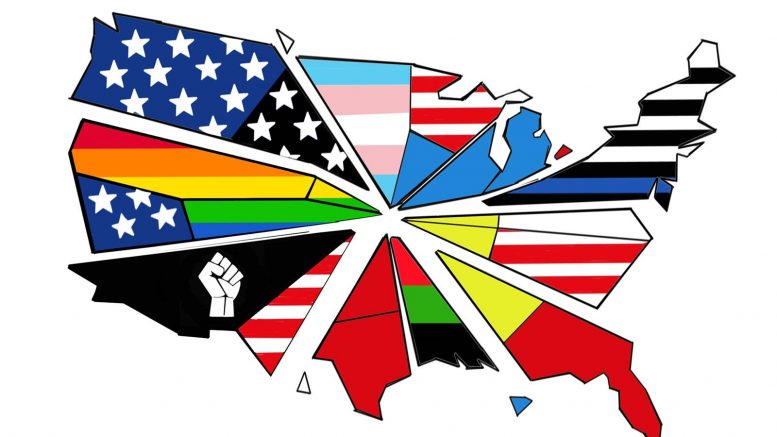 It’s without a doubt that the pandemic heightened social tensions and strengthened the divisions and tribalistic culture in America. Even though Generation Z is stepping up and fighting for a change, they too are contributing to the political polarization.

Gen-Z has every right to be angry and frustrated with social issues, but their methods of bringing awareness to them have proven ineffective. It also diminished the seriousness of the issues they advocate for.

Over the past six years, we’ve seen the rise of Gen-Z populism, a generation more socially aware and politically active. Like all populist movements, they are upset with elitist elements of society and feel like their voices are being ignored.

Many feel that the current difficulties have hindered their goals and aspirations in life.

However, it’s important to note that this is not a relatively new thing. Throughout America’s history, young adults have rallied against the status quo and political establishment.

This was especially evident during the Vietnam War when the youth protested across the nation against the war. In the 1960s, baby boomers would also get involved by advocating for the rights of their fellow citizens during the civil rights movement.

What makes Gen-Z more unique is the fact that their influence in social media and collective voice in politics became a weapon to promote hate and division instead of finding common ground making it impossible for people to ignore.

The question we must ask ourselves is whether Gen-Z will be responsible for strengthening our democracy or weakening it.

It’s become popular to support the current thing which makes reference to a meme mocking hive-mind culture. The “current thing” is favored since it presents itself as tolerant and progressive, but it has proven to be quite the opposite.

It’s important to realize that reposting a black screen on Instagram won’t actually help improve Black lives, nor does making your profile picture the Ukrainian flag help the victims of the war.

Political correctness has done more harm to our country than good, as people can easily get canceled for expressing views that are against their own.

If you turn on your phone or television, you will witness how Gen-Z liberals continuously launch attacks on social media at those who advocate for personal autonomy on their health, such as being against the vaccine mandate.

This is not just some republican talking point but in fact a reality. It’s already becoming difficult to find common ground without even taking a position on specific issues.

A TikTok influencer by the name of Common Ground Convos, interviews protesters about why they believe in certain political positions. But most of the time, he is met with hostility and even has even been verbally and physically attacked in his videos.

If people continue to censor one another, then supposed civil debates and compromises will be nonexistent. Censorship only creates a safe space for those who don’t want any opposition, putting them into a bubble of ignorance.

The most anti-democratic thing to do is to erode people’s freedom to speak their minds regardless of how hateful, controversial, or stupid it may seem.

People are scared to express themselves as a result.

Whether it be in front of their friends, family, or peers, individuals choose to remain quiet about what they believe in order to avoid being slandered with overused negative labels, like fascist, communist and racist, among other things, which don’t always define the person’s actual views or character.

We also see Gen-Z blindly cheering on many public figures and fashionable politicians actively pushing against our liberties like the Second Amendment.

Four years ago, youth-run national organizations, such as anti-gun lobbies like the March for Our Lives organization run by former Marjory Stoneman Douglas High School students emerged during the aftermath of the deadly Parkland shooting.

The increased support for gun control amongst young adults is especially concerning as misinformation on the subject is rampant.

People are often told that background checks are effective, and that gun control will lower gun violence. At the end of the day, criminals do not obey gun laws and gun violence will never end.

Even when individuals, like Kyle Rittenhouse, utilize their Second Amendment rights in a lawful manner to defend themselves, they too are often persecuted relentlessly by left-leaning members of Gen-Z.

Despite the negative side effects of this toxic culture we see in our politics, there is still hope for our generation to strengthen not only our democracy but our rights and liberties as well.

We all want to enact good change for our country, so if we allow ourselves to let go of our anger and open up to discuss new ideas, whether we agree with them or not, then we will be successful in finding a common ground together.