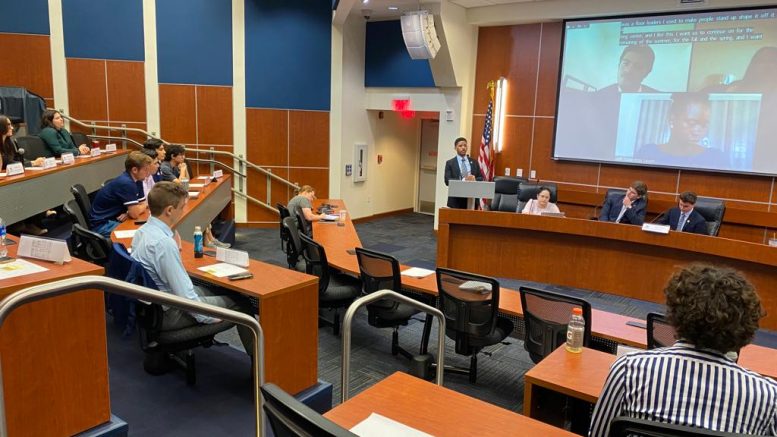 SGA has a full executive board and nearly-full cabinet / Arianna Otero, PantherNOW

Senate is picking up as they near the end of their legislative session for the summer.

After two weeks of low attendance, Senate had a full agenda on Monday as they worked to confirm five different nominees for several different positions ranging from cabinet seats to completing the executive board.

Each cabinet position works with a department within FIU to create and come up with initiatives that will impact and benefit students.

The seats filled were executive administrator, deputy chief of staff for the president, and secretaries of governmental relations, health and well-being, and veterans affairs.

While the usual process for confirmations is a roll call vote, Senate President Alex Sutton gave the green light to use unanimous consent to speed up the process.

Seeing as it’s now a precedent set by Sutton it will most likely be used again in the future for upcoming judicial confirmations.

Many of those who were confirmed on Monday were quick to get to work as Lugo took his newly appointed cabinet members to his office in order to catch them up to speed.

“It’s great to have my cabinet,” said Lugo. “I’m trying to be realistic with them though that if they have 10 ideas cut them and work on one really good thing.”

These confirmations mean that essential seats in the government will have been filled before the summer semester ends which sets up SGA to hit the ground running once students start coming back in the fall.