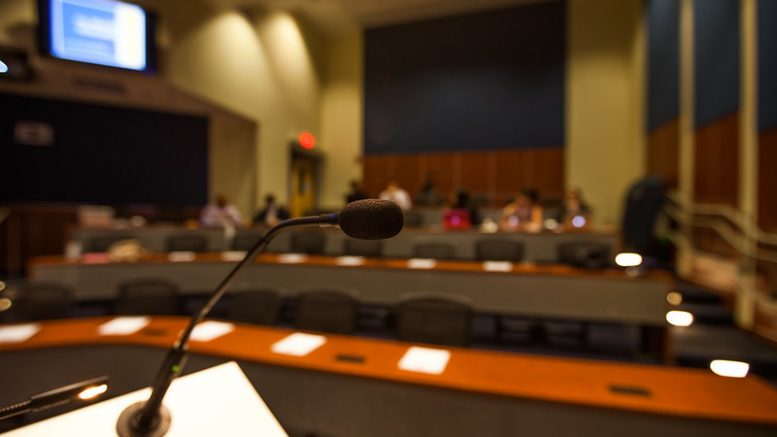 The Student Government Association still has no judicial branch.

The seven positions for the judicial branch have gone unfilled for over a year. The only position filled is chief justice by Sebastian Aviles, who was reconfirmed this summer.

Senate President Alexander Sutton spoke about some of the pressures SGA faces without a judicial branch.

“There is a lot more responsibility on me to make sure senators are on top of their stuff,” said Sutton.  “But it would be a lot easier to hold senators accountable who aren’t fulfilling their duties.”

Applications have come and confirmation hearings have been held. But every summer the judicial branch must start from scratch, ultimately starting the process over again.

There have been at least 10 applications to fill the seven positions and five candidates have been interviewed so far.

SGA has three branches to ensure a separation of powers and hold each branch accountable.

The Judicial branch holds the power to censor, or publicly reprimand, and remove members from office. But without one, not much can be done to correct members for misconduct or low attendance.

The Judicial branch also offers interpretations of ambiguous lines in the constitution. But now those interpretations have been left to the senate president and the executive branch.

Under the rewritten SGA constitution, the SGA president appoints judicial branch members, but Lugo has decided to split up the work between Aviles and himself.

“To avoid biases,” said Lugo. “Sebastian does the first set of interviews and I conduct follow-up interviews.

The two of them together with the rest of the legislative and executive branches are working to tackle the long process of filling up the judicial branch positions.

“First we have to have students apply. So we’re doing a lot of marketing to let them know the positions are open,” said Lugo. “And they need to have completed at least one semester. Once they do that, we look at their applications and contact them for interviews.”

But with the email migration from Gmail to Outlook, students often don’t realize they received an email from SGA and take longer to respond.

“Then depending on their schedules, we set up interviews with the applicants. So even if we wanted to speed up the process, it would be difficult,” Lugo said.

Lugo is heavily pushing to have positions filled and confirmed by the beginning of fall.

As the summer semester is typically slower for SGA with study abroad trips, summer internships, and work, SGA tends to have lower attendance rates.

“You could argue that we could impeach people in the summer for not coming to meetings,” said Sutton. “But I want to be understanding about people not showing up. I could be more authoritarian and make threats to impeach but they would be empty without a judicial branch to try them.”

Summer is also a learning curve for SGA.

“It’s weird. The judicial branch can’t do much during summer,” said Lugo. “They wouldn’t be able to do much because summer is about learning for the rest of SGA, especially with the new senators.”

SGC-MMC Elections Board Violates Elections Code, Putting Students and Candidates at a “Disadvantage”