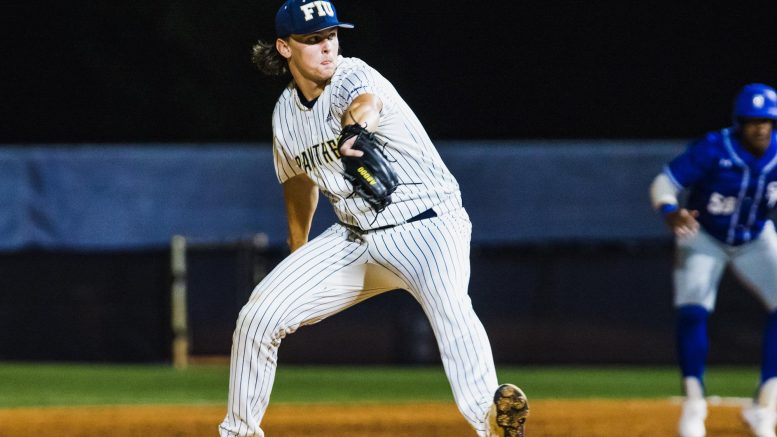 Patrick Pridgen posted a 4.77 era with the Panthers in his sole season in Miami. (Photo by FIU Athletics)

For the 12th consecutive year, the Panthers have another man heading to the big leagues.

FIU baseball pitcher Patrick Pridgen was selected by the Detroit Tigers with the 447th pick in the 2022 MLB Draft.

Pridgen finished his first and only season with the Panthers making 14 starts with an ERA of 4.77 in 71.2 innings pitched. His 112 strikeouts ranked 26th in the nation and his strikeout per nine innings of 14.76 were fourth in the nation.

After spending time in junior college, Pridgen transferred to the University of Oregon for one season in 2021 before making his way to Miami.

Pridgen will join a young Tiger’s organization that is building a solid youthful squad for the future. His road to the show will begin in the minor leagues for one of the Tiger’s affiliate teams.