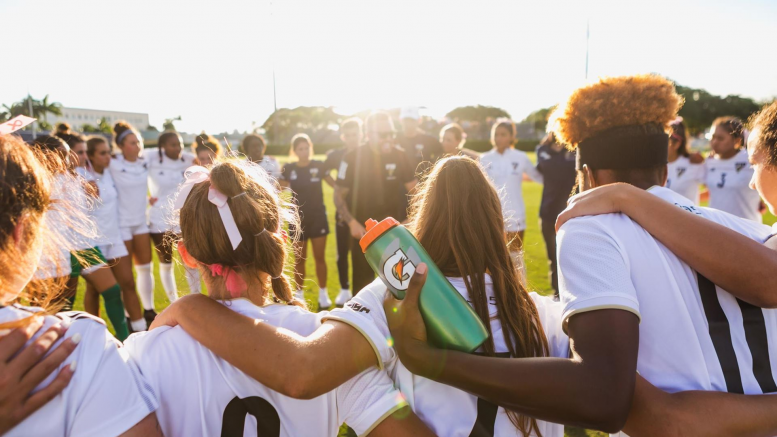 The FIU Women’s Soccer team have announced their schedule for the 2022 season, hosting seven of the eighteen games at the FIU Soccer Stadium.

The Panthers will kick-off their season in Lafayette, Louisiana, facing the University of Louisiana Ragin’ Cajuns on August 18.

FIU will play three more games in August, hosting the Mississippi State Bulldogs on the 21st before traveling to DeLand, Florida to face the Stetson Hatters on August  25. The last time the Blue and Gold faced the Hatters, it resulted in a 2-0 victory for FIU. Both goals were scored by midfielder Laia Muñoz Danon.

The Panthers wrap their August slate with a home game against the Southern Jaguars on August 28.

On September 1, the FIU Women’s Soccer team will visit the University of Miami to play the Canes. Last season, this confrontation between the two Miami schools resulted in a tough loss for FIU, leaving the game scoreless, while the Canes managed to net three.

The last time the Panthers and the Eagles played, it ended in a loss on home ground for FIU. The game finished with a 3-2 result, including goals from forward Sydney Amparo, and defender Nikole Solis, this goal being her first for FIU.

Conference USA games begin on September 15, when the Panthers face the UTEP Miners. Three days later FIU line up against the Rice University Owls on the 18th.

The next two games will be played at the FIU Soccer Stadium, one against the Western Kentucky Hilltoppers on October 7, and the other one being against North Texas on October 13.

The Blue and Gold will have their final roadtrip of the season with games against the Charlotte 49ers on October 23, and the FAU Owls on October 26.

The Owls and the Panthers faced last season and went to double overtime, just to settle for a draw. Both teams scored one goal, with FIU forward Noemi Paquin scoring the goal that earned the draw for FIU.

The final game scheduled is a home contest against the Middle Tennessee Blue Raiders on October 29.

If FIU’s record is good enough they’ll head to the 2022 C-USA Soccer Championship, starting on October 31, and will come to an end on November 6. It will be held at Transamerica Field in Charlotte, North Carolina.