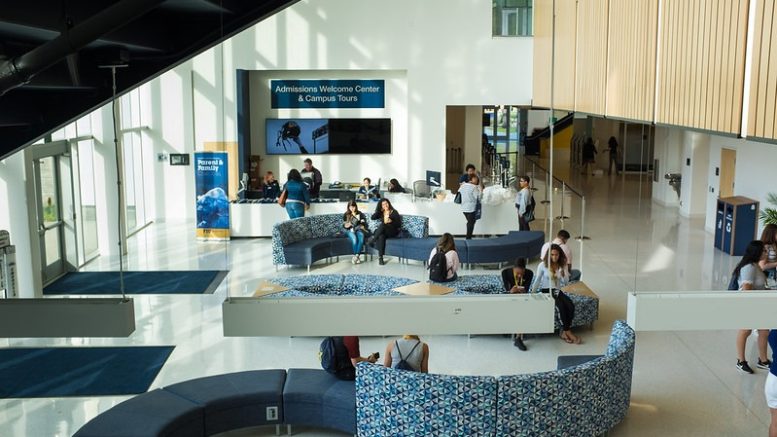 With my current advisor leaving FIU this month, I’m not sure I’ll even have one this fall. But I’m not the only student with this problem. With over 50,000 students, it’s unfair of FIU to underdeliver quality advising for students and overload its advisors.

Students need guidance when it comes to the many twists and turns of getting a degree, but advisors cannot sustainably work with hundreds of students while having other jobs.

FIU can continue to maintain its high enrollment levels compared to other universities, but if the university wants to maintain high quality, advisors need to be a top priority.

My peers and I all notice that advisors are often slow to respond and have very little time to help students even when they are free.

“They quit every month,” said Kaylin Beltran, a sophomore studying biology. “They don’t explain why they quit, but I’ve had four advisors in less than a year.”

Frequent changes in advisors seemed to be one of the most common issues. It’s hard to get quality advising when you’re constantly starting from scratch with a new advisor.

“I literally had three different ones within fall semester because they kept quitting,” said Angely Abanto, an international business student.

Others mentioned that wait times are often long, leading to students just “advising” themselves.

According to April Lewis, Associate Director of Academic Support Services, they’ve dropped the ratio of students to advisors from 900-to-1 to 400-to-1, with the goal of reaching an ideal ratio of 300-to-1.

It’s a good goal but I think it’s one that may be too little too late at this point.

We’re not advisors and we shouldn’t feel like our best option is just to figure things out ourselves in the meantime. We need more advisors who are equipped by FIU to be there for students and make sure we have what we need to succeed and stay on track academically.

“My advisor had set me up with a very difficult schedule,” said Diego Vega, an accounting major, adding that he ended up picking his classes on his own last semester when his advisor wasn’t available.

“I’ve basically stopped reaching out and did my own research,” said Vega.

I usually do the same thing, just managing to squeeze in an appointment so my advisor can let me know whether or not I’ve got everything together. That’s often all she has time for.

I’ve still almost had a few close calls though. I nearly paid an extra $700 this semester because I wasn’t sure if scholarships covered a Summer B class I planned on taking. Because of this confusion, I have to take an extra class in the spring to make up for this summer.

It’s not the end of the world, but it’s avoidable.

If I had an advisor who wasn’t dealing with another 599 students, I might’ve been able to have a longer chat with her and figure out a better route than what I’ve got going on now, instead of risking losing $700 for no reason.

It’s often easier to just try to figure out classes, financial aid and everything else on your own.

But it’s only a good short-term solution. In the long term, students need advisors to succeed because there’s no way for us to know everything about getting a degree by ourselves.

Lewis said that employee turnover has been higher everywhere since the pandemic, but that FIU is trying to hire more and be creative with the resources they currently have.

“While Zoom appointments have offered some flexibility…we are exploring the possibility of offering early morning, evening or weekend appointments to better meet our students’ needs,” said Lewis.

But I don’t blame the advisors for leaving. It’s overwhelming to work with 600 students all at once and invest most of your time in building their education.

Lewis added that FIU is trying to adjust the qualifications to become an advisor and also considering ways to increase advisor salaries.

While this may be an excellent solution to case overloads and lack of advisors, I hope FIU doesn’t lower its standards too much when it comes to hiring advisors.

Advisors use group advising as a way to deal with larger caseloads.

Using what we already have, like Zoom, is a good way to make the best use of the resources we have now. My advisor began offering group advising sessions in the summer to compensate for having so many students and it’s a great idea.

But FIU must consider the needs of advisors too — no matter how flexible meeting times are for students, advisors will keep quitting if it’s overwhelming for them.

FIU shouldn’t look into solutions only when things get desperate — we need the university to be proactive in looking for what works best for everyone, not just what’s manageable in the short term.

Students often can figure out a lot of things on their own. However, we shouldn’t be expected to do everything ourselves just because our university didn’t invest in the proper resources students need to succeed. FIU needs to hire more advisors and give them a reason to stay and the tools they need to ensure student success.