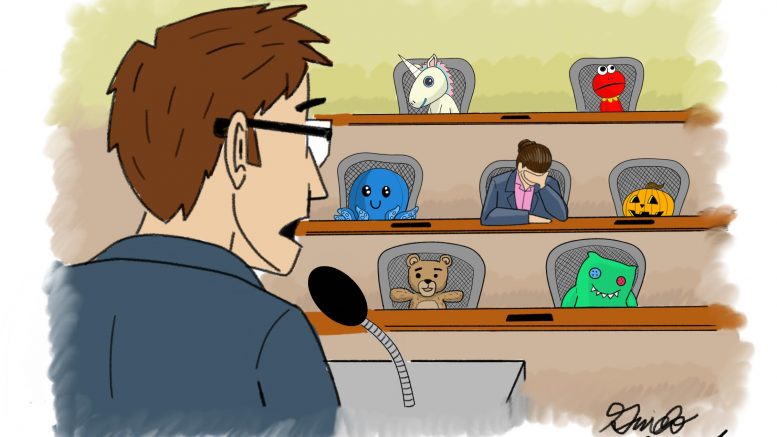 Throughout the summer term, some senators from our Student Government Association have not done their jobs, not doing the bare minimum of simply showing up.

Earlier this month, SGA President Cristhofer Lugo explained to PantherNOW that the summer term is used to train new SGA members and prepare them for the upcoming fall term.

Since only about half of senators are attending the weekly meetings, that means only half of new SGA members are receiving the necessary training on student government in order to be prepared for the next semester.

The routine absence of some senators is just unprofessional.

With the limited number of meeting minutes available to FIU students on SGA’s website, it’s hard to tell an accurate number of missing senators per meeting throughout the entire summer semester.

It’s important to acknowledge the time lapses that occur between meetings and postings. But at the time of this article’s publication, it’s been well over a month since the last posting of a meeting minute.

Based on what is publicized, approximately 11 out of the 38 senators have been absent throughout the first half of the semester.

It’s understandable that students want to relax in the summer before life gets more hectic next semester, but it isn’t an excuse to ditch responsibilities when you sign up for an obligation that you must fulfill. Especially when they can attend the meetings through Zoom.

As an incoming freshman, I wasn’t here to vote for any of the current senators, but I understand the frustrations of many students who voted for them.

If you sign up for such an obligation you should be able to plan around it.

Business must go on, hence why Lugo signed the executive order 03-01, which changes the minimum number of present senators needed to a simple majority under section one of the order to conduct senate business.

Considering the situation, this executive order is smart, yet it emphasizes how bad the situation was for the president to find the need to take such measures.

This order does bring change to the SGA Constitution, but with no judicial branch to check the order, this highlights the disproportionate power that the executive branch has had.

The lack of attendance from these SGA senators has slowed down student governments’ process in forming a functioning judicial branch.

With a non-existent judiciary the power has mainly been upheld by the executive branch.

The absences of these senators have caused delays in confirmation hearings for positions that are necessary.

A functioning government needs all three branches of government. Our executive branch shouldn’t be more powerful than the others.

Senators are compensated financially whether they show up for meetings or not and perhaps that is where the problem lies. I think it’s only right for them to do the job they were hired for.

They’ve spent their time and resources convincing students that they’d best represent them and so far, it feels like students’ votes have been wasted.

I’m hoping that senator attendance rises this fall but if not, students should certainly make their voices heard through their votes and hopefully make a change.

This is America — Where Kids are Left to Fend for Themselves

CNN’s LGBTQ Town Hall Was Full Of Hits And Misses