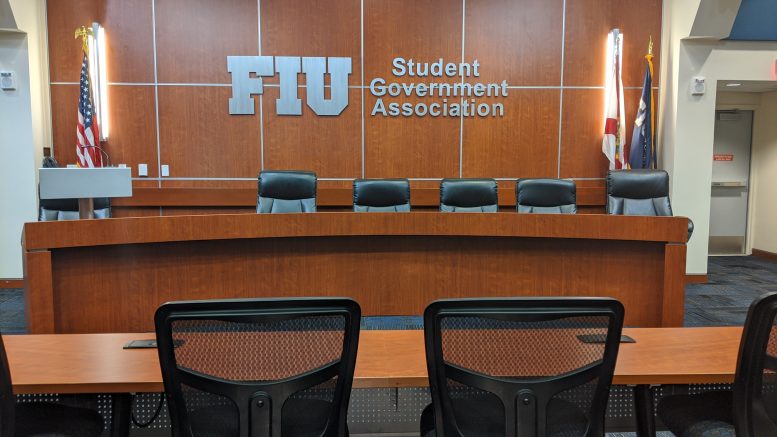 Recently, there have been various articles about Student Government and I have felt the need to speak up and tell the student body about what happens behind the scenes.

Individuals in SGA have used power to further their own goals while putting others down. This has led to a lack of transparency in SGA, the abundance of power-hungry, ego-driven individuals willing to do anything to keep their positions and even the mishandling of student funds.

The political party, Future Is You, has been around for a short time. Formed by previous failed political parties, this party has been involved in SGA since 2018 and has supplied SGA with entirely revised governing documents and has carried at least four different executive administrations by the time this article was written.

This change to the documents provided the executive board with excessive procedural and financial power.

Students don’t need representatives who primarily care about themselves and who use student money towards projects that won’t improve student life much at all.

Right now, we shouldn’t confide in our elected SGA members because of their neglect to appoint a judicial branch quickly and efficiently, leaving other branches unchecked and allowing abuses of power to go unaddressed.

But we also shouldn’t confide in the elected representatives because of things that have happened in the past that mark them as corrupt. I am not saying that everyone is supposed to be perfect, but there have been many areas of concern within the organization.

For example, President Cristhofer Lugo and Senate President Alex Sutton did not want certain pieces of legislation and bills to go through the Senate in the 2021-22 school year until this academic year because they wanted to claim the accomplishment.

With this, when a bill meant to increase senator stipends was introduced to the Senate, Lugo did everything he could to block the bill. Sutton also advocated for the bill to be removed from the Senate’s consideration.

During my first election for the 2021-22 school year, my opponent was a former Future Is You candidate and he had violated SGA campaign rules.

I decided to bring a case against him. Before bringing it to the elections board, I informed the Future Is You leadership team that I was going to file the case against their candidate.

To my surprise, I was met with empty threats saying that if I were to file the case against their candidate, the Future Is You political party was going to file many cases with no basis against me as retaliation.

Student Government is supposed to be a body that truly represents students and not its own interests. We change that by having people that truly care about you running for office. We need that and to further advance that, I am going to create an interest group for students who really want to make a change. If you are interested in joining this interest group, please email me: davidluis7171@gmail.com.

Letters to the Editor are not written by PantherNOW Staff. They are submitted by readers of PantherNOW, and the views presented are separate from editorials and reflect individual perspectives of contributing writers and/or members of the University community.