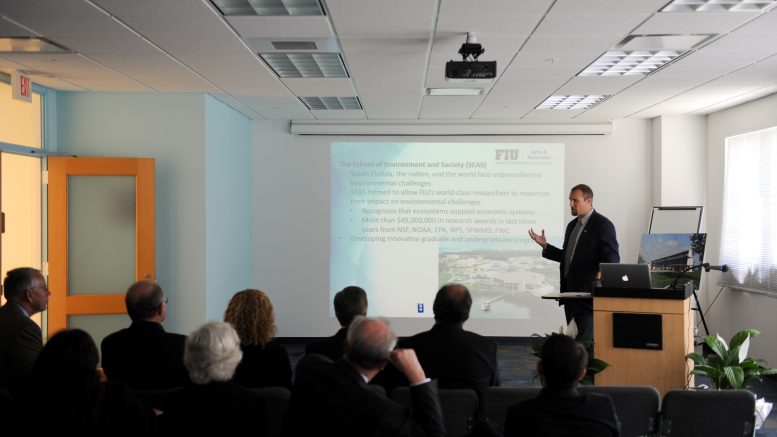 As a public policy student in the School of International and Public Affairs, I expect my classes to cover sensitive topics like race. Yet the new House Bill 7 could restrict that, causing our professors to walk on eggshells in their lectures.

Last month, students and employees at FIU received an email from Interim President Kenneth A. Jessell that clarified this law. The implementation of the Stop the Wrongs to Our Kids and Employees Act, widely known as the Stop WOKE Act, is regressive and unnecessary in our modern society.

According to the email, this law states that FIU and other public educational institutions may not subject students or employees to training that, “espouses, promotes, advances, inculcates, or compels such student or employees to believe” any of eight specified concepts that discuss how to educate students on topics surrounding race, gender and sexuality.

They serve as guidelines and regulations for educators and employers. Many of the concepts have clear language yet open to vast interpretation based on personal bias.

A perfect example of this is the eighth concept of the bill, which states: “Such virtues as merit, excellence, hard work, fairness, neutrality, objectivity, and racial colorblindness are racist or sexist, or were created by members of a particular race, color, national origin, or sex to oppress members of another race, color, national origin, or sex.”

Referencing the series Unequal from the Harvard Gazette newspaper, which follows the discussion of race inequalities in America, it’s crystal clear that minorities have an immense disadvantage in comparison to those who are white, as it pertains to aspects of American society.

Due to the increase in discussions surrounding race following the Black Lives Matter protests in 2020, former President Donald Trump and Republicans nationwide launched a campaign against Critical Race Theory.

Political analysts Lulu Garcia-Navarro and Barbara Sprunt say that Republicans are against CRT because they believe that discussions surrounding race will cause more division in the United States, as well as shame white Americans. I think it’s simply untrue because race has always been talked about one way or the other.

In a sense, saying that race will cause more divisions ignores the fact that race has been used in the U.S. as a divider amongst its people.

Contrary to popular belief, CRT is typically addressed at the graduate level, not in K-12, because is a legal framework that addresses systemic racism in institutions in the United States.

Although the governor recognizes that CRT has never been taught in K-12 schools, the governor and Republicans have campaigned on laws like House Bill 7.

The intent of this bill is to supposedly protect Floridians, but the bill and its vagueness seems to mostly focus on preserving the Republican party’s conservative beliefs on social issues like LGBTQ+ Rights, women’s rights, racial injustice and more.

This law intends to reconstruct the telling of our history.

Earlier this month, Melba Pearson, a civil rights attorney at FIU’s Center for the Administration of Justice, explained to PantherNOW how this bill affects us, mentioning that many professors now will have to review the content of their courses to ensure it doesn’t violate the new law.

To put all this into perspective, FIU offers a certificate in Global Black Studies; many of the classes for this certificate will require a discussion of slavery.

Even with all the help offered to professors, it’s impossible to eliminate the conversation around slavery in American history.  There’s especially no way to discuss slavery without being aware of how immoral it was.

This law, along with the eight concepts, says that education on certain topics like slavery is permitted if there isn’t an endorsement of a belief. This is dangerous and irresponsible, as it is unfair to have an unbiased approach to topics like slavery.

Students curious enough to want to learn about the subject will not get their money’s worth as the contents of their courses will most likely be censored, therefore their education will be incomplete.

It’s morally wrong and quite offensive that under law, professors must approach history this way. College students are young adults and most of them are capable of mature discussions and critical thinking in analyzing classroom topics and even the views of their peers and professors.

Talking about race will not divide us but rather unite us. As a country, we need to move forward together and the best way to do that is by acknowledging and understanding one of the many factors that divided us in the first place: race.

Legislations like the Stop WOKE Act withhold us from moving forward and constrain us to a future with no awareness of the true history of this country. This act is a burden to professors and students.

Fairgrounds should be used to expand FIU