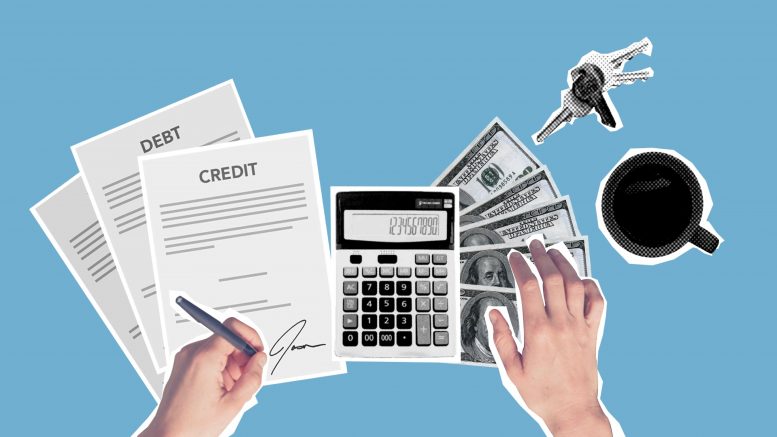 We don’t need student debt forgiveness. The fact that this is even on the table is completely far-fetched and unsustainable for all long term.

As students, we are making the choice to get a higher education and inherently accepting accumulative debt. We have better options like work-study programs, scholarships and GoFundMe pages, instead of accepting loans.

President Biden created a student loan forgiveness plan for those students struggling with college debt. Yet this isn’t loan forgiveness, but a band-aid on a wound that will never heal, expecting the public to contribute by paying off the loans they didn’t ask for.

American economist Milton Friedman once said, “There’s no such thing as free lunch.”

What Friedman means to say is that financial assistance from the government to the people, while we believe is paid by the government, is actually funded with our tax money.

The debt forgiveness program, although an apparent emergency response fund, isn’t specifically for the students and families affected during the pandemic but also aids prior graduated students with loans from years ago.

It will be paid ultimately by the taxpayer — that means me, you and your parents. Now, we all collectively accumulate debt we did not sign up for.

FIU students will be limited when applying for this aid and the repercussions of these forgiveness policies will come back to bite them in the future.

The public shouldn’t pay for other people’s loans. With about $20,000 forgiven per student,

There are about 45 million former college and trade school student loans in the U.S., totaling $1.6 trillion in federal loans.

According to Forbes, in California, about $142 billion belong to 3.8 million of its residents — including students who are already graduated — which is approximately $37,000 per person.

Even if the students graduated, 92% of them will have their debt forgiven and redistributed amongst all of us, according to The LA Times. To reiterate, all forgiven loans will be divided by the same people who provide them to all students or not to pay one way or another.

Universities receive large donations from alumni, private entities as well as federal and state government, which means that schools are equipped to take risks of a student falling behind or not paying the loan with the school directly.

A student should also be able to afford the education they want or find a different affordable school.

Some universities make education inaccessible and difficult for students to attend.

Should the university take on a student that cannot afford their education, then the school should assume the financial burden.

Schools receive federal relief that should be used to lessen the burden on students and their families, aiding the economic challenges students may face.

Governor DeSantis addressed the new student loan forgiveness policy and pointed out that Biden “does not have the constitutional authority to do this,” due to him using emergency funding for circumstances that aren’t an emergency.

It’s worse when there are cases of graduates who want to pursue a higher degree but are unable to find a job to pay off their loans. They instead resort to jobs outside of their field of interest that can pay off their debt, and in the end, their hard studies serve no greater purpose than decoration on their wall.

While it’s important to obtain an education, we must be smarter with our financial decisions. There are examples of people who succeed without attending college.

Success is in your spirit and a degree is an accreditation of your expertise in a particular branch; however, it’s not mandatory.

The consequences of Biden’s loan forgiveness program are budget cuts for other future public financial programs dedicated to truly assisting students in need and even affect in the coming years how assistance is disbursed to each student by simply making it a uniform amount rather than a true need-based amount; these debt forgiveness rulings affect everyone overall.

Buenos Aires is the “Little Paris” of South America

Americans should change their eating habits before dieting

FIU fortunate to have DRC help students get an education