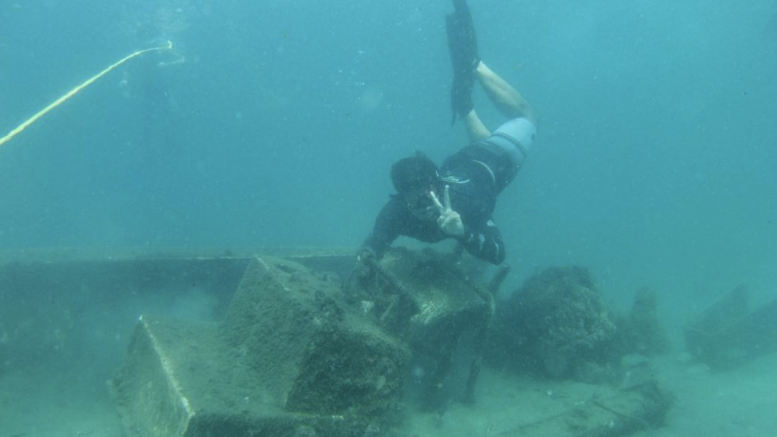 FIU is a unique university in its proximity to the water and its subtropical climate. People travel from all around the world to see our oceans and thanks to the Scuba & Freediving at FIU club, students now have a space where they can get hands-on experience with aquatic life.

It started when two FIU students, Bryce Dunlap, a senior majoring in biology and Ravi Rampersaud, a computer science graduate student wanted to create a system to find diving partners. Dunlap, the club president and Rampersaud, the vice president have been scuba diving for years, but with their busy schedules, they admit that finding a diving partner is difficult.

“It’s tough to find buddies to dive with, and if you know anything about diving, having a buddy is extremely important because of safety concerns… It’s also nice to be with likeminded people, who just love the ocean.” said Dunlap.

Within a few short months, hundreds of students began reaching out to them through WhatsApp, interested in joining. Many students were also looking for scuba partners, and a large percentage of those students were new to diving.

“Going out and showing them the ocean will help them be more prone to ocean conservation, like being more aware of what they do with their trash once they see how beautiful it is out there.” said Rampersaud.

Both emphasized how this club was more than just diving. By organizing snorkeling, beach clean-ups, and surfing events, they made sure there was something for everyone. They also demonstrated how important it is to be involved with marine life.

“There’s not that much focus when it comes to marine conservation, and its [the ocean] actually quite a lot of the planet, so we really want to bring more awareness to it,” said Rampersaud.

A goal they share is to promote being environmentally friendly, which isn’t just done through lectures, but through interactive experiences. The club has already hosted several beach clean ups and are looking forward to hosting more in the future. They already received multiple donations from 4ocean, an ocean cleanup organization, in response to the club’s initiative to help the environment.

Dunlap and Rampersaud want this club to be as accessible as possible to improve social connections and give everyone a chance to experience a sense of belonging. There’s a connotation that scuba and freediving are an exclusive pastime, which can discourage many people from joining.

“Diving is expensive… and for those new people that we would like to take out, they might not want to drop $200 to buy new gear like goggles and fins,” said Dunlap.

So to ensure that anyone can join, they made their club an affordable way of being introduced to the ocean.  They hope to do that by renting out a storage unit so students can have access to supplies like snorkels and fins. They are even planning on renting out a pool for the day to help others learn how to swim.

With FIU being situated nearby boundless marine life, coral reefs, and dive sites, taking advantage of the ocean is a vital part of the Miami experience.

“I like to think of it like how hiking is in Colorado, is basically like our version of swimming in the reefs here. Being out in nature just has so much to offer,” said Dunlap.