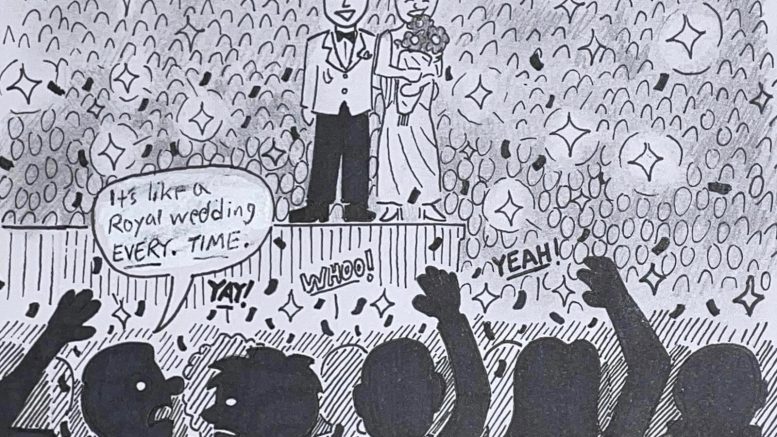 Homecoming Court has been a long, established tradition in Homecoming celebrations. Here at FIU, it’s been one of the most consistent traditions throughout the years, but I think it’s time for it to go as it’s outdated and unnecessary.

Universities typically host Homecoming events all week to celebrate their history amongst the student body, faculty and alumni. These events may vary depending on the university, but one they all have in common is a Homecoming Court.

Courts typically are made of a Duke, Dutchess, Prince, Princess, King and Queen — better known as the “royals.” After a few weeks, possibly months of campaigning, the student body elects the court members.

Having the student body elect other students for positions like these is nothing more than a popularity contest that reflects the social hierarchy of a school —which I think is wrong in many ways.

For instance, members running for court are typically higher up on a university’s social hierarchy pyramid—usually athletes, student government members, or those in Greek life.

Students in these organizations typically hold an advantage compared to other students who aren’t in them because of their already established popularity.

Regarding the Halo Effect, research has shown that people tend to assume that others have positive personalities based on their attractiveness. Due to this, I think it’s fair to consider the presence of the Halo Effect in contests like these.

The facades of candidates, through filters and angles on social media, project onto this race. With these unrealistic beauty standards being unconsciously promoted by the Homecoming Court candidates, it’s reasonable to believe that this also impacts the self-esteem of the university’s students.

Homecoming Courts in the past worked as a way to excite and unite students. I don’t think that this is necessarily true in 2022. In this day and age, it seems that the only students who are excited about Homecoming court are those who are participating in it themselves.

Now, due to social media, candidates simply post campaign material online, which does give them further reach but decreases their actual interaction with the student body.

As this is a stable tradition, I understand why universities continue to host a court. But the money and resources should be allocated towards other existing traditions or creating new ones.

I think it’s time for FIU and other universities to understand that hosting a Homecoming Court is outdated and unnecessary for Homecoming celebrations.

Panthers Got Talent promises a Homecoming to remember

Homecoming stays true to its origins of sports