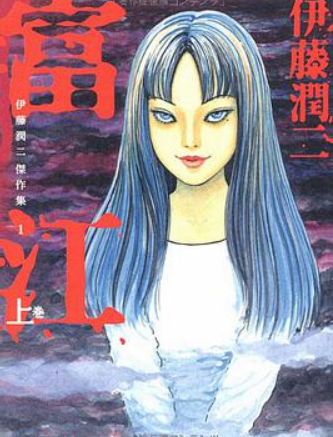 Takeovers are weekly presentations proposed and prepared by individual GCC members, about anything from their favorite movies and games to broader topics in geek culture, such as the manga subgenre, shoujo or character shipping.

On Sept 27, FIU’s GCC sought to introduce students to the Japanese horror mangaka, or manga author. The takeover was set to take place in person as well as Zoom, but due to stormy weather, the GCC hosted the event fully online. Information about the event could be found at the club’s Instagram page and Discord server.

In this case, psychology alumni Bridgette Bluitt decided to share her love of the horror mangaka’s work. She praised Ito’s use of bodily and psychological elements in his stories instead of completely external forces.

Bluitt’s presentation showcased several of Ito’s prominent works, such as Tomie, Uzumaki, and Gyo, as well as collections of short stories.

Ito’s literary inspirations were H.P. Lovecraft, a pioneer of cosmic horror, Kazuo Umezu, and Hideshi Hino. He even won an award named after Umezu for his debut manga, Tomie.

The presentation delved into Ito’s career and personal life, both of which served as inspirations for his approach to horror. For example, his constant encounters with small bugs in his childhood served as a base for some of his creations, such as in his short story Honored Ancestors.

“Thanks to his experience as a dental assistant, Ito was able to perfectly draw a human mouth with little to no reference,” said Bluitt.

At the end of the presentation, Bluitt gave her personal recommendations, with some of her favorite short stories being Wood Spirit and Whispering Woman.

After the presentation, attendees were invited to discuss Ito’s works, where they shared opinions, speculations, and insightful commentary about the themes in Ito’s stories.

Luis Odon, GCC intern and officer, commented on the interest in takeovers, saying that showcasing media like Ito’s horror diversified students’ interests. Previously, he hosted the Metroid takeover on Sept 20.

“Presenting geeky interests could lead to some people discovering something they never knew about before,” said Odon. “Enriching people’s ideas of what they want and don’t want in their entertainment is really important.”

The GCC has many more events in store, including a Video Game Versus on Sept 30, where students will choose their favorite game until only one game is left as the winner. Next week, the next takeover will be about Splatoon 3, a Nintendo Switch game released on Sept 9 this year.

In addition, the GCC will host a Kin Onion on Oct 7, 2022, in which students find fictional characters to whom they relate to.

“I hope that this takeover will get a conversation going on all types of horror manga,” said Bluitt. “Overall, I just want everyone to have fun and create a discussion on horror, and of course, Junji Ito.”