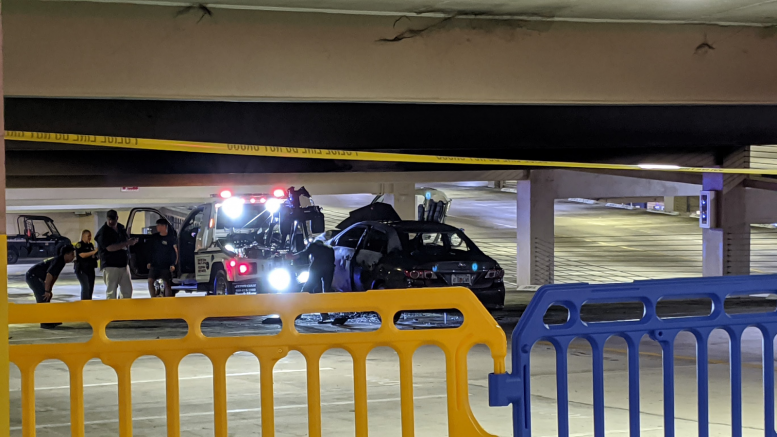 The acrid smell of smoke hung around the Gold Garage long after FIU police gave the all-clear for a car fire Saturday night.

An alert sent around 7:45 p.m. warned students to avoid the area while police activity was occurring.

The driver, a 17-year-old visiting a friend at FIU, found his Toyota Corolla engulfed in flames and got out of the car, calling 911. No injuries were reported by FIUPD.

Captain Delrish Moss told PantherNOW the fire started when the driver was going down a ramp and noticed his car was having issues.

“He saw smoke and flames coming from underneath the hood,” Moss said in a text message. “He tried to extinguish it with one of our fire extinguishers that are in the garages, but he was unsuccessful.”

FIUPD responded alongside the Miami Dade Fire Department, with the all-clear given shortly after.

Buses from campus to campus should be free