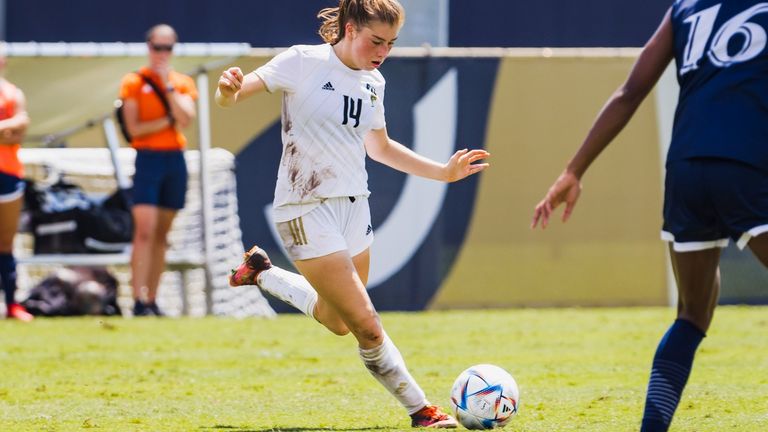 The FIU Women’s Soccer team traveled to Ruston, Louisiana, to battle Louisiana Tech on Oct 2, ending in a 1-1 tie.

FIU has played against the Techsters eight times before, with two games ending in a win, 4 losses and 2 ties.

The last time both teams had competed against one another was in the 2021 season, on Oct 28 in a home game for the Panthers where they lost 4-0.

FIU had seven shots at goal, whereas the LA Tech Bulldogs got four shots at goal. Goalkeeper Ithaisa Vinoly continues her impressive season, adding three more saves to her name.

The game started with intense defense from both ends and things started heating up quickly as Louisiana Tech scored the first goal in the 11th minute.

Forward Noemi Paquin fought back, sending a shot at goal right after the opponents scored, but it was saved by the goalkeeper. Midfielder Catherine Rapp popped up with a shot of her own that was just wide.

Starting the second half, Paquin passed the ball to Schneider and the freshman from Germany scored the goal to tie the game in the 49th minute. Schneider keeps her goal streak active, as she scored last week against UTSA.

Rapp and Paquin each took a shot at goal quickly after Schneider scored, but the Bulldogs’ goalie stopped the ball both times. Forward Sydney Amparo added another shot at goal for FIU, but the ball was stopped once again.

Despite the sustained pressure, the Panthers couldn’t snag a win, ending the game tied at one.

The Panthers come back home to host Western Kentucky University on Oct 7, playing at 7 p.m. at the FIU Soccer Stadium.