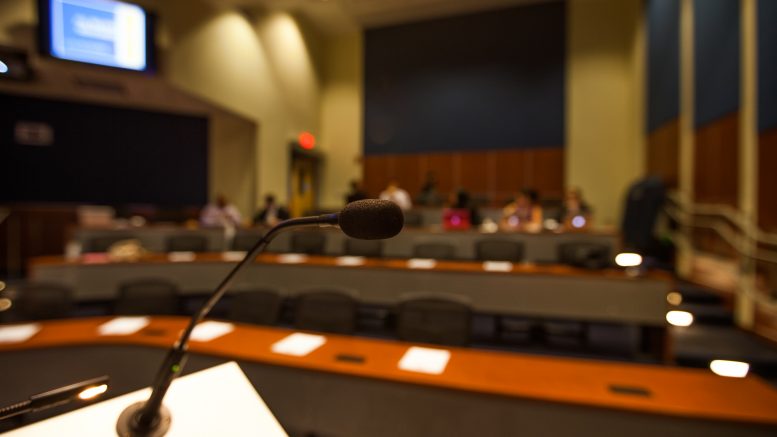 For the first time in over a year SGA has a functioning judicial branch, marking the fulfillment of one of President Cristhofer Lugo’s initial promises made as he entered office.

Following the confirmation of Attorney General Cas Cater and Associate Justice María Pujol on Aug. 29 and Associate Justices Angel Arnesto, Ashley Perez and Clerk of the Court Gabriela Ruiz on Sept. 8, the judicial branch has been undergoing training while they await to be called upon.

However, SGA’s previously absent third branch does not act unless the legislative branch submits a writ or requests them to do so. Additionally, with a functioning judicial branch, students may submit writs or petitions for SGA members to be removed.

While training continues, Lugo said he will look to fill in the last two unstaffed positions in the judicial branch: the sole remaining associate justice and student defender.

“It’s a bit hard since a lot of the people that have expressed interest are not qualified,” said Lugo. “I think I have found somebody for student defender, just have to do an eligibility check.”

The SGA president is also looking to fill remaining seats in his cabinet, now nearly two months into the semester.

As of the Sep. 19 senate meeting, the executive cabinet grew following the confirmations of Ryan Flynn as Director of Athletics and Affinity, Mell Then as Director of Communicative Strategies and Sebastian Levay as Director of Sustainability and Innovation.

Also, Anna Meredith was confirmed as elections commissioner, an agency of SGA which has yet to fill the other four positions comprising it.

The senate has also been quite busy filling vacant seats.

“I’m honestly just very proud. I want to keep using this momentum,” said Senate President Alex Sutton. “I want to keep on this trajectory because we’re doing a lot of good work.”