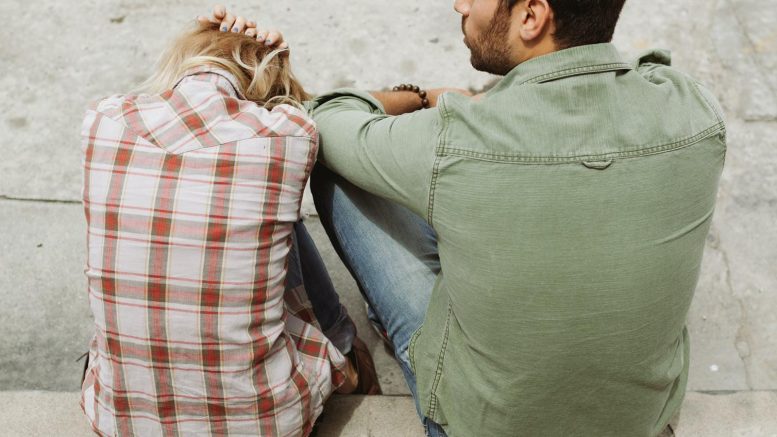 Grooming is disturbingly normalized within our culture. It’s so prevalent that it could’ve even happened to you.

There are many different types of relationships that may seem innocent on the surface, but can quickly devolve into grooming if someone is ill-intentioned. Grooming does not always have to start out romantically. It could be a mentor, an authority figure, or even a family member. Many times abusers may also access children through online forums like Discord or Twitter.

According to the American Bar Association, an organization that accredits law schools as well as formulates model ethical codes for lawyers, grooming is “a preparatory process in which a perpetrator gains a person’s or organization’s trust with the intent to be sexually abusive.” Victims of grooming can be children, teenagers, or vulnerable young adults.

Because grooming is ingrained in much of what we see in the media and in our daily lives, we have come to defend the idea without much thought. Many of the arguments posed when grooming is brought up are surrounded around the idea of consent. If the minor or young adult consented, people fail to see a problem. Unfortunately, the situation is much more nuanced than this.

“Some signs would be like, wanting to spend a lot of time alone with a child, communicating directly with the child through phone or texts, the child getting gifts from these adults, particularly gifts with some financial weight attached to them,”  said Dr. Maureen Kenny, a trained clinical psychologist and Associate Chair of Academic Personnel and Diversity at FIU.

Grooming can have drastic effects on the victim that can follow into adulthood. Some include anxiety and depression, post-traumatic stress disorder, self-harm and suicidal thoughts among other things. This typically happens because the victim blames themselves for the abuse and carries a great deal of shame surrounding the experience.

Teenagers are at a greater risk of falling prey to predatory adults because the part of their brain that controls decision-making is still underdeveloped. Unfortunately, this is what groomers are looking for. The more vulnerable the child, the easier it will be to manipulate them.

I’ve never been groomed, but as a 20-year-old, the idea of spending time with a 16-year-old feels inappropriate, much less being attracted to them and pursuing a relationship.

I have nothing in common with someone who still worries about getting dress coded and what they’re going to wear to prom. An adult should offer a child advice, not a romantic relationship.

Despite it seeming obvious to me and many other people who fight against the exploitation of minors, these relationships happen every day before our eyes and we are doing nothing about it.

One example of this is Drake Bell’s relationship with underage fans. He was recently sentenced to two years probation for attempted child endangerment. He was accused of having an inappropriate relationship with a fan he met when she was 12. This is a textbook definition of grooming because Bell used not only his influence as a celebrity but also his age to create a power imbalance between him and the victim.

Another example of a famous groomer is R. Kelly, who has so much controversy surrounding his involvement with young women that a documentary was made about it, and only now, after years of abusing young girls, is he being held accountable.

Because this issue is so prevalent but rarely discussed, it may be difficult to tell what is grooming and what is simply a friendly relationship between an adult and a minor.

If you think you’ve witnessed or experienced grooming in the past unknowingly, don’t beat yourself up. Keeping victims from realizing they are victims is what groomers do.

Now that you are more aware, I urge you to not only inform the young people in your life about the warning signs of grooming but to hold your peers accountable if you feel that they may be grooming someone.

Make The Most Of Panther Camp This Spring