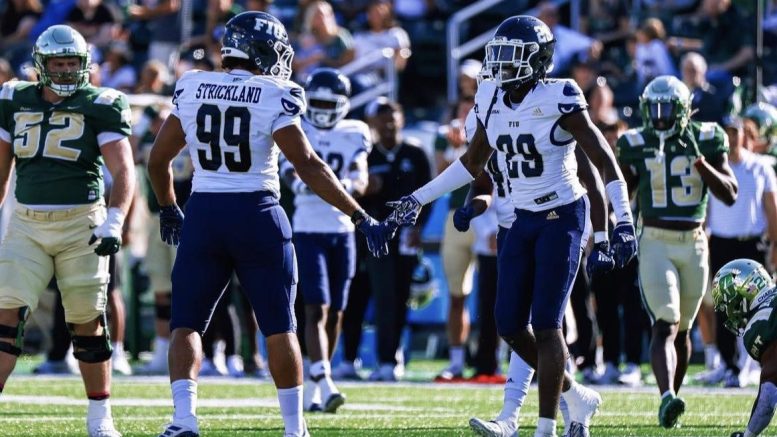 Coming off a big win against the Charlotte 49ers, the FIU Panthers come back home to take on the Louisiana Tech Bulldogs in a heated conference matchup.

Last time these teams faced off was three years ago in Louisiana. LA Tech took the victory 43-31, scoring two touchdowns in every quarter except for the first. In total, FIU is 0-4 against LA Tech, and they’ve been outscored by the Bulldogs 79-137, dating back to their first matchup in 2013.

However, both teams are much different this year. LA Tech is currently 2-5, beating both Stephen F. Austin and the UTEP Miners, but falling to Clemson, South Alabama, Missouri, North Texas, and Rice. The Bulldogs are also 0-4 on the road.

The Panthers have looked promising these past few weeks despite only getting one win in their last three games. They’ve decreased their opponents points per game by 24.3 points in the past three weeks, going from 50.3 PPG in their first three matches down to 26 PPG.

The Panthers defense has also found their groove, forcing a program tying five turnovers in last weeks game against Charlotte, tying the program’s record from 2014.

FIU’s offense has also improved greatly throughout the season. Standout receiver Tyrese Chambers said how excited he is to be playing with such a “young and talented” core group of receivers, and he is excited to keep on getting better with this young Panther squad.

Sophomore quarterback Grayson James has also shown improvement in these past weeks, upping his completion percentage to 63.1%, and an average of 7.3 yards per play.

For LA Tech, Head Coach Sonny Cumbie has had a rocky start in his first season as Bulldogs coach, having his team sit at an 0-3 conference record.

This game could be a turning point for both programs, as a win for the Bulldogs can get their momentum going for the latter half of the season, and a win for FIU can put them in bowl eligibility discussion.

FIU is hoping to get the fans another home win this Friday. The game will be at the FIU Football stadium with an 8 p.m. EST kickoff, and nationally streamed on CBS Sports Network.